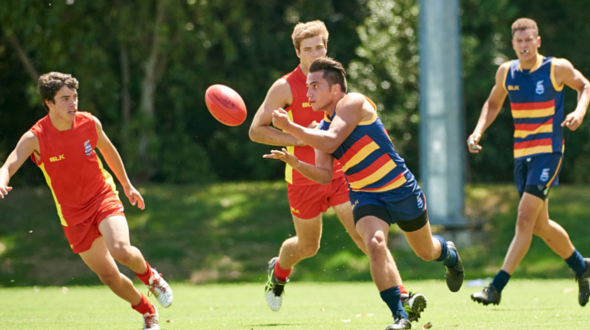 The inaugural season of the AFL New Zealand Premiership got underway on Sunday at QBE Stadium in Albany on the North Shore of Auckland.

The playing surface and weather provided marvellous conditions for the best players from around the country.  Regions including, Auckland, Northland, Bay of Plenty, Wellington, Christchurch and Otago were represented to kick off the Premiership competition and a new step forward for AFL in New Zealand.

The two teams were sounding each other out early on with both sides showing solid defence in the first quarter with the first goal not registered until after the 10 minute mark of the first quarter. The drought was broken and the first goal of the new competition came from Otago based Southern Saint Reyne Westbury. The Giants responded straight away through some great work by Liam Ackland (30 possessions) and Cantabrian stalwart James Bowden who worked well together in the midfield.

The Giants had their chances throughout the match and when the ball travelled into their attacking territory Justin Clark and Brandon Sucu from the Southern Saints worked well together in defence to negate scoring opportunities.

Young Giant Maxwell Hicks from Rosmini College in Auckland, playing in his first senior game was outstanding for the Giants as the 6’4 youngster and gained a number of possessions and looked right at home playing amongst seasoned players.

At half time, the Saints had a slender lead of 9 points and wanted to continue their momentum heading into the second half.

New Zealand Volleyball representative Kahurangi Robinson transferred his jumping skills over to AFL as he dominated the ruck throughout the whole match. The 18 year from Rotorua relished being positioned in the ruck, “I enjoyed it out there, especially in the ruck. My strength is jumping so I found that pretty easy.”

The highlight of the match went to the Captain of the Central Giants Dave Rattenbury. The Aucklander used his speed late in the third quarter to sprint down the right hand wing and kick a fantastic goal from the boundary line which brought the Giants back to within a goal at three quarter time.

With only 5 minutes to go, the first game of the AFLNZ Premiership was all tied up and heading for a draw. Up stepped Sam McKenzie, who snapped a goal off his left foot to seal it for the Saints and start the season off with a win.

Head Coach Shannon Wall praised his players after the game, “The boys did well to fight back and get themselves back into the contest but just couldn’t get over the line”.

The game started at a fast pace with the Crows wanting to make the most of kicking with the wind in the first quarter, and they did with Northlander Te Kopa Tipene-Thomas kicking 2 early goals to take a 22-point lead into the quarter time break.

The Crows continued to show that they could be the team to beat in this year’s competition as Captain Jared Court and fellow Cantabrian Sam Burdett were strong in defence keeping the Suns to only 9 points in the second quarter.

Aucklander’s Liam Beattie and Mitch Ryan stood out in the midfield for the Sun’s and delivered the ball well into their own half to small forward James McKenzie who created a lot of chances for his team although missing some key shots on goal.

The Crow’s number one draft pick Zeon McNabb of Wesley College and Counties Manukau, lived up to the hype by kicking four goals for the match and taking top spot on the goal kicking leader board after Round 1.

The midfield trio of Ty smith, Te Kopa Tipene-Thomas and Adam Rice, whom all play for local club side the North Shore Tigers combined well all game controlling the centre of the ground.

In the end, the Western Crows ran away with the game to win by 41 points. Honourable mention to 17-year-old William Warbrick from the Bay of Plenty who was named best player for the Western Crows after successfully overcoming his more experienced opponents.

Next week’s games will see the Giant’s looking to get over the line in what will be a tough game against the Western Crows at QBE Stadium at 11.45am. Whilst the Saints will look to go two from two as they take on the Northern Suns at 1.45pm. 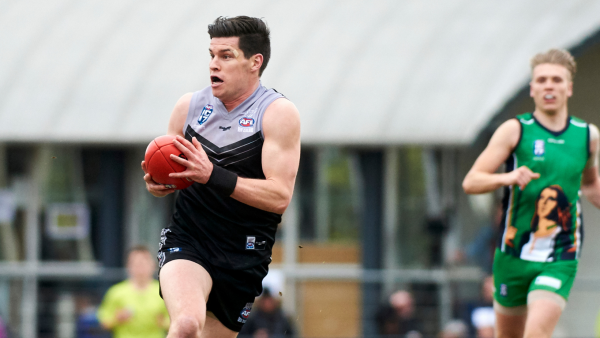 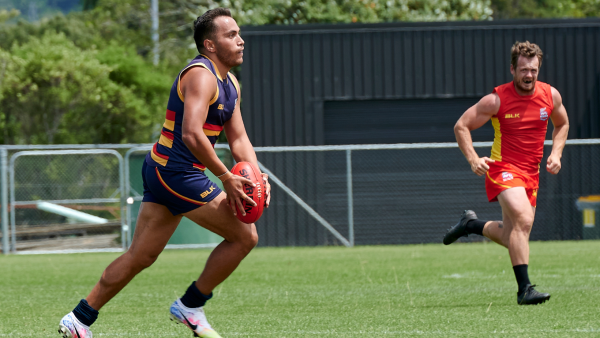 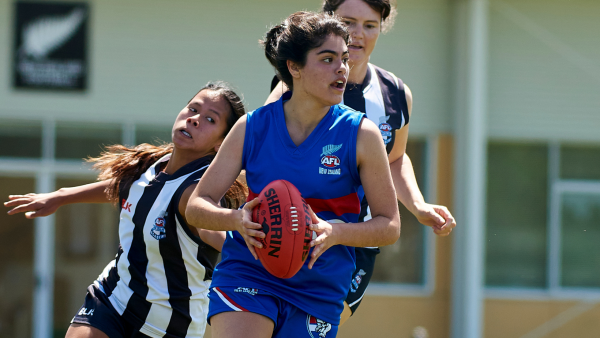 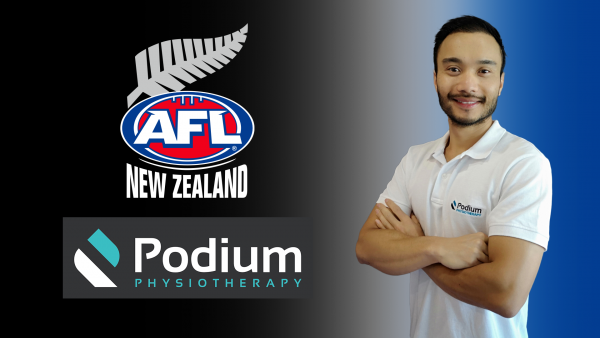