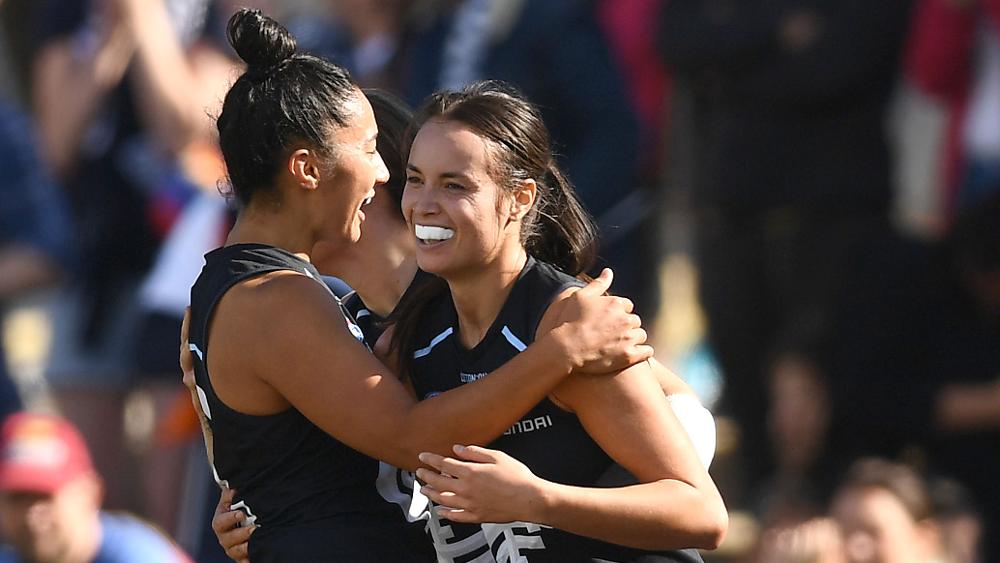 Brooke Walker changed direction in her sporting career when AFLW was launched in 2016.

The Carlton Blues forward, who was born in Auckland, is the latest AFLW star open to the idea of playing an AFL, New Zealand vs Australia Test match.

Brooke grew up in Christchurch with a sports loving family. She played all forms of Rugby and was a star in the making from a young age.

When Brooke was 14, she relocated to to Australia where she continued to play Rugby and immediately after High School, Brooke was given the opportunity to be a full time professional athlete playing Rugby 7’s.

4 years into her career playing Rugby 7’s, Brooke began her journey to AFLW.

“When the inaugural season kicked off, I was only a spectator but watched on in awe seeing the skill level and competitiveness of the women who played the sport. My interest for the sport grew and grew the more I watched.”

“At the time I was due for a change in what I was doing and was lucky enough to be identified as an athlete who could potentially cross codes to AFLW.”

In 2019, Brooke transitioned from Rugby Sevens to AFLW where she made her debut for Carlton against Greater Western Sydney as the team recorded its highest ever score in the AFLW competition.

When asked about the opportunity to play in a New Zealand vs Australia AFL Test Match, Walker said that it would be an honour.

“I am a proud Maori women with a strong connection to my people and my land so to have the opportunity to represent my county of birth in AFL would be a huge honour and a privilege for my family and I.”

“I hope we are able to achieve being able to play in an ANZAC match. NZ definitely has the athletes to be able to be successful in AFL.”

Looking ahead to the future, Brooke wants to inspire the next generation.

“This opportunity could also inspire the next generation of tamariki and wahine to play the great game of AFL.”

Brooke has played 16 games for Carlton and kicked 13 goals.