Opportunities for athletes in AFLNZ Academy

The AFL New Zealand Academy is set to begin on February the 1st, providing talented athletes with the opportunity to develop and excel.

The AFL New Zealand Academy will improve the skills and fitness of athletes, through a player development and match programme over 12 months.

Gameplay will be an integral aspect of the AFL New Zealand Academy, with participants to spend less time training, and more time on the field using their skills in game situations.

The programme for participating athletes will begin with the first round of Regional Competition matches, for which players will be drafted into teams. 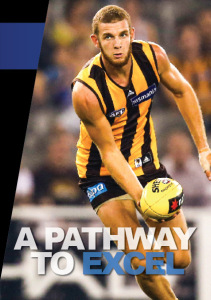 Following Regional Competition matches, participants will play in the Academy National League, which will have two tournaments, scheduled for March 14th and 15th in Auckland, and April 24th-26th in Wellington.

The Academy National League matches in Wellington will coincide with the ANZAC Day AFL match between the St Kilda Saints and Carlton Blues. All attending players will be provided with tickets so they can learn from watching some of the stars of AFL.

Interspersed with match play weekends will be sessions based on fitness testing and player development, with a view to improving performances on and off the field. Through these trainings, athletes will be given every opportunity to excel in the Academy National League and National Combine, where they will be viewed and monitored by AFL talent scouts.

All matches will be free for spectators to attend, giving AFL fans in New Zealand the chance to see high quality action live.