The 22-year-old from Auckland’s North Shore was a standout for the Saints all season. His role at fullback was not only to make sure the opposition scored but to be a leader amongst his fellow backman.

His hard work and effort all season saw him challenge every contest and never give up. His cool, calm demeanour meant that he always looked in slow motion yet nobody could tackle him and his options for getting his team out of trouble were far superior to any other defensive player in the competition. 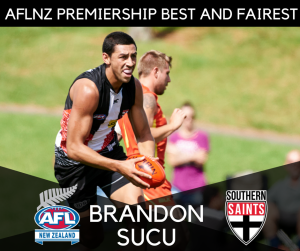 The other three nominees for each club were: 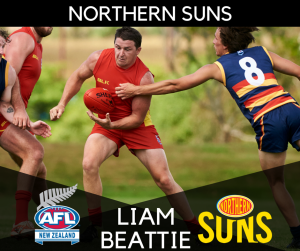 Liam was a central figurehead in the middle of the ground for the Suns. His hard work and tenacity got the Suns over the line during round 3 when they defeated the Western Crows. His leadership around the younger players in the team made him the best nominee for Chris Mundell’s side.

Ruckman Ty Smith from the Western Crows was nominated by head coach Rob Malone because of his determination and willingness to develop. Smith always outsmarted his opposing Ruckman by adapting his game. Smith also wanted to add to his game and worked hard on his goal kicking so he could provide an option for his team up front. 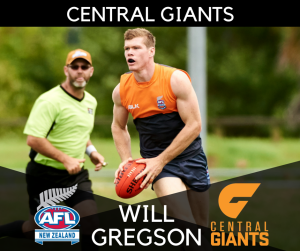 Playing at centre half back for the majority of the season, Gregson shined for the Giants as he contested every ball that came his way and made it very difficult on his opponents. When called upon, Will moved up the field into the forward line and his strong marking ability and big boot meant that he was a fantastic option for his side when they were behind on the scoreboard.