The AFL New Zealand Rising star award for Round 3 of the 2017 AFLNZ Premiership has been awarded to Clayton Walters.

Clayton is playing in the 2017 Premiership as a development player which sees him not fixed to any particular side. In Round 2, Clayton turned out for the Central Giants but it was Round 3 where he made everyone stand up and take note playing for the Southern Saints against the Western Crows. Walters kicked 4 goals in the forward line during the Saints 101 point win and stamped his name as an up and coming player in the New Zealand AFL community. His fast pace and low centre of gravity makes him the perfect small forward and used this pace to beat the opposition defenders.

“Clayton Walters has developed very quickly with AFL only coming into the system from playing Youth last year. He does the fundamentals very well and doesn’t try to over complicate the game which makes him stand out. I look forward to seeing his continued development through the Academy and Premiership and where that will take him this season.” Mick Coultard, AFLNZ National Youth Development Manager.

What School did you attend?

Growing up I played Rugby League and Softball.

I first started playing AFL when I signed up for the AFLNZ Youth competition last year.

I enjoy the freedom to move anywhere on the field and the relationship with everyone on and off the field.

I’m determined to make the NZ Hawks U18 side this year.

I think my biggest advantage is that I’m small and quite quick. This allows me to easily pick up a ball off the ground, run for a bit, then kick. 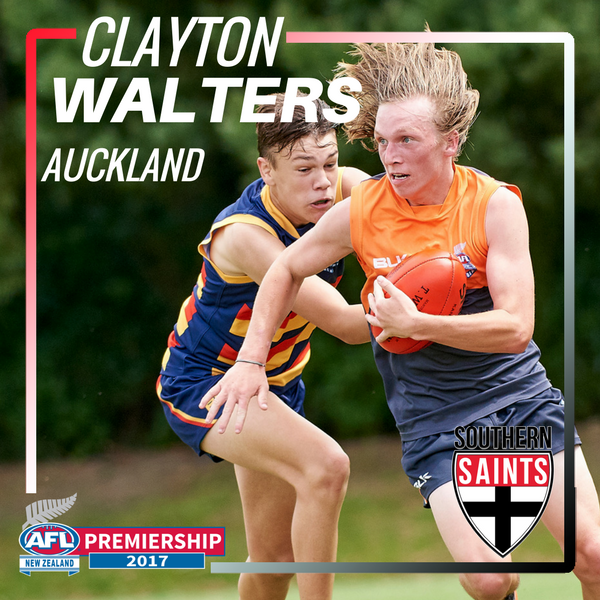