The 2017 AFL New Zealand Youth Competition kicked offon Sunday morning in Auckland and Wellington with some fantastic football played in both regions.

AFL New Zealand created the Youth competition back in 2015 to compliment the pathway for participants to excel in AFL. Within the AFL New Zealand Youth competition there is a focus on improving athletes’ skills and fitness along with a training, game and development programme that highlights the necessary requirements throughout the pathway. Each week, all age groups take part in a development session which lead into a game of AFL.

QBE Stadium in Albany was the venue in Auckland and the day got off to a great start between the Lions and the Magpies. Young Max Serrano was fantastic for Tigers, while for the Magpies, New Zealand Kahu Youth Girls player, Jaimee Wyatt kicked four goals.

It was a high scoring affair for the the U17’s as the Saints defeated the Crows by 6 goals. Saints players, Ronan Morling, Jerome Goodhue and James Dakin teamed well together, with Ronan receiving the Player of the Day for the Saints. For the Crows, Joel Heatherington from  Kingway School had an outstanding game and was the best for the Crows.

At Hutt Park in Wellington, U14’s Will and Ben Roff enjoyed their first time at the Youth competition with Will receiving the Player of the Day for the Saints.

A strong U17 competition this year saw the Saints score a four goal win over the Lions with Beren Goodwin stealing the show with three goals for the game.

AFL New Zealand would like to thank those parents who volunteered their time to help out throughout the day. 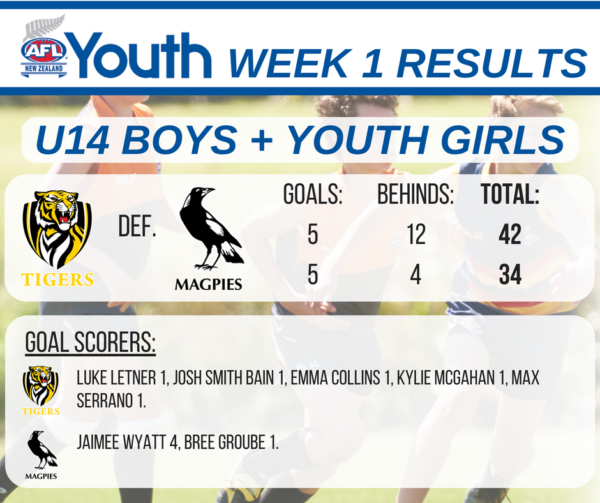 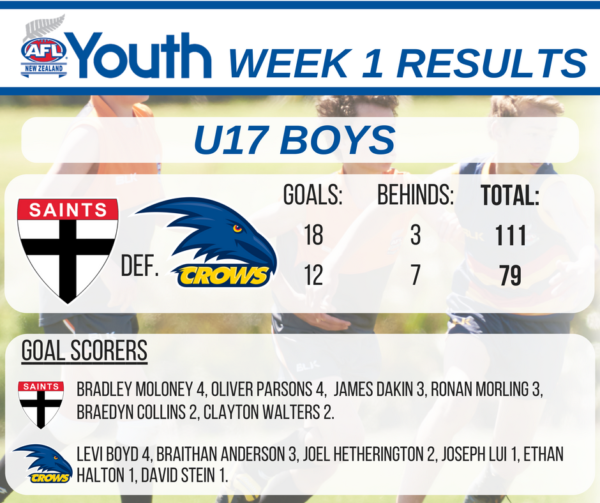 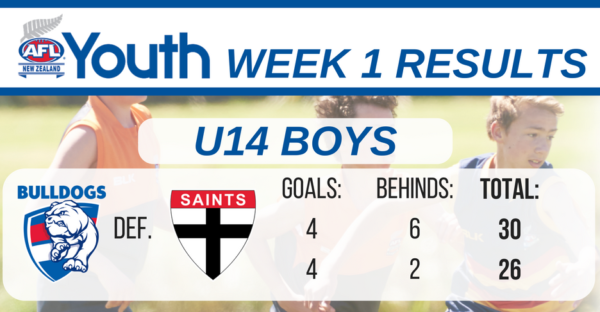 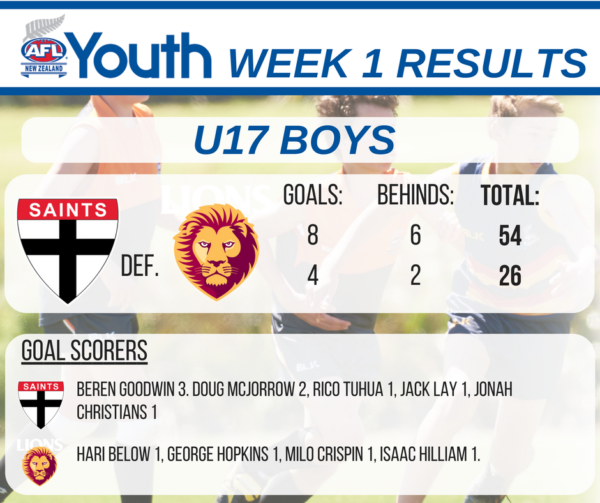