Week two of the AFL New Zealand Youth competition was back in full swing in Auckland and Wellington over the weekend.

Glorious conditions greeted the players at QBE Stadium in Auckland as the under 14’s kicked off the day with a fantastic game in which the Tigers came from behind to score a four point win over the Magpies. Max Serrano continued his impressive form and was rewarded with the Player of the Day for the Tigers.

Kylie McGahan kicked three goals for the Lions in the Youth Girls grade as they beat the Bulldogs by twenty one points.  New Zealand Kahu Youth Girls, Killarney Morey, Buell Verkade and Jolyn Collins showed off their skill as they continue to develop and hone their skills ahead of their next national campaign.

In the U17’s, the Saints scored a two goal win over the Crows in a fantastic and accurate game of footy. Saints player of the day Bradley Moloney kicked four goals for his side as Ethan Halton couldn’t miss and ended the day with seven goals for the Crows.

At Hutt Park in Wellington, young Isabelle Goodwin played her first game in the under 14 competition and looks like a player to watch for the future. Isabelle kicked 2 goals as the Bulldogs were victorious by twelve points over the Saints. Joseph Cole applied the defensive pressure through some tremendous tackling and is a player to watch for the remainder of the competition. William Anderson is into his second year playing in the Youth competition and provided great communication and leadership on the field.

In the U17’s, George Hopkins ran all day and used the handpass effectively in the windy conditions while Aiden Christians used his voice effectively all day as the Lions got over the line against the Saints. 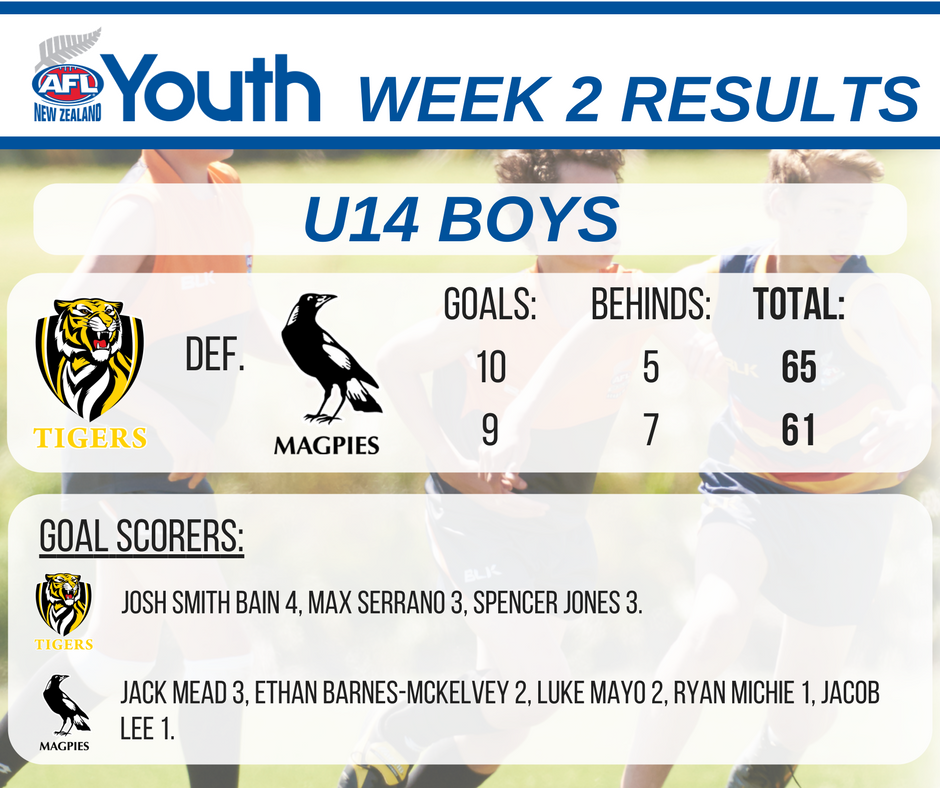 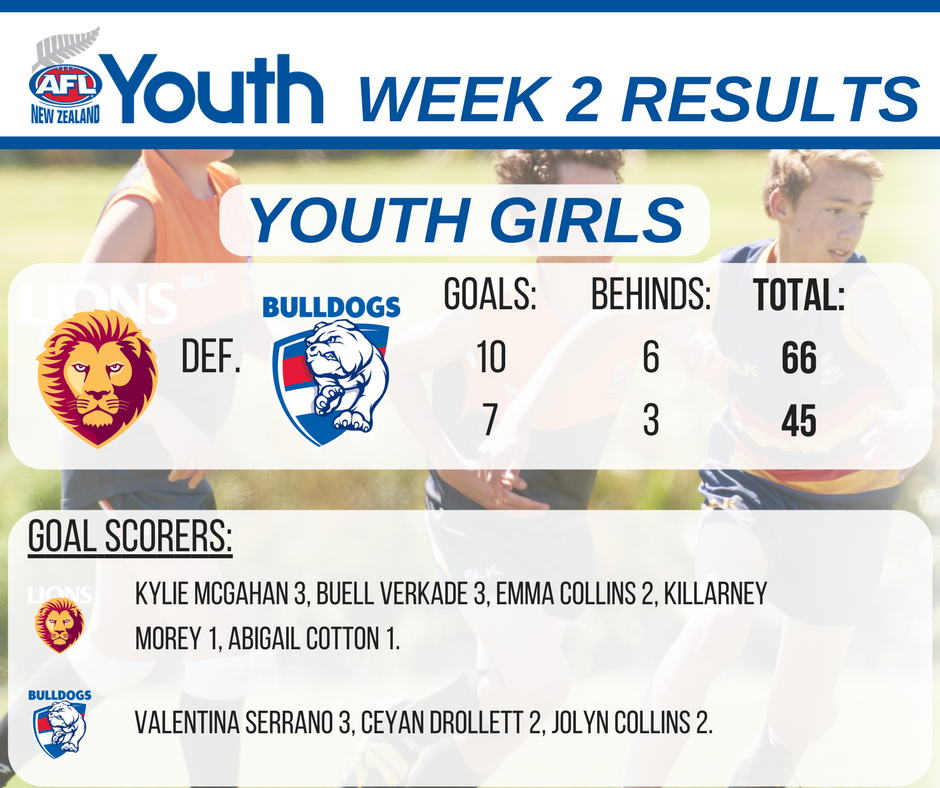 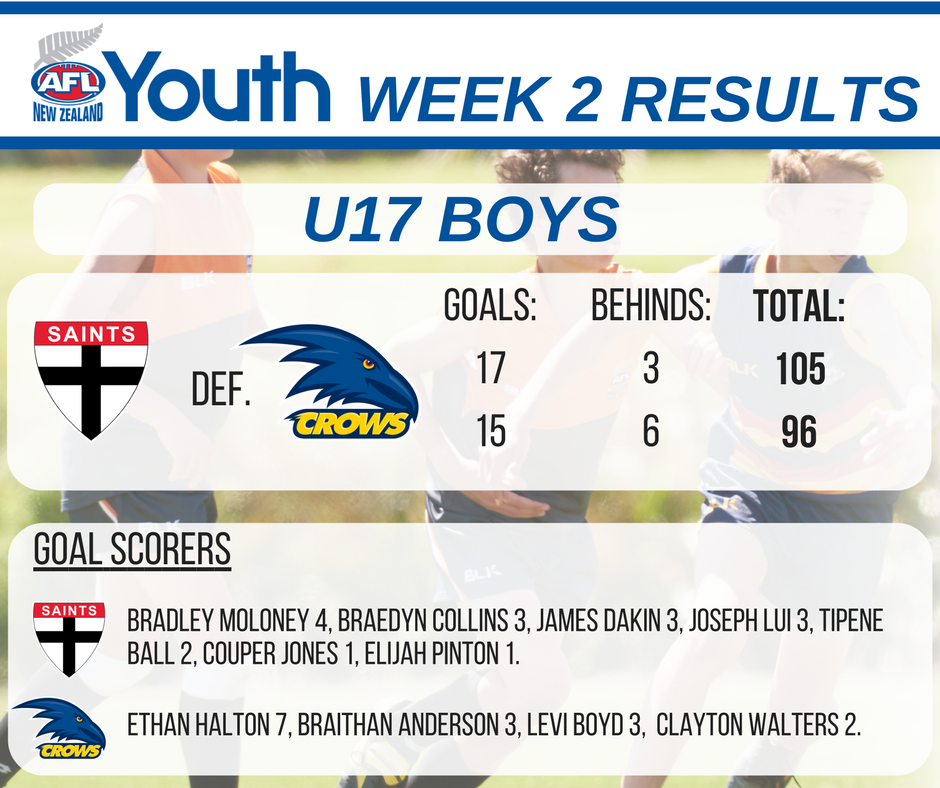 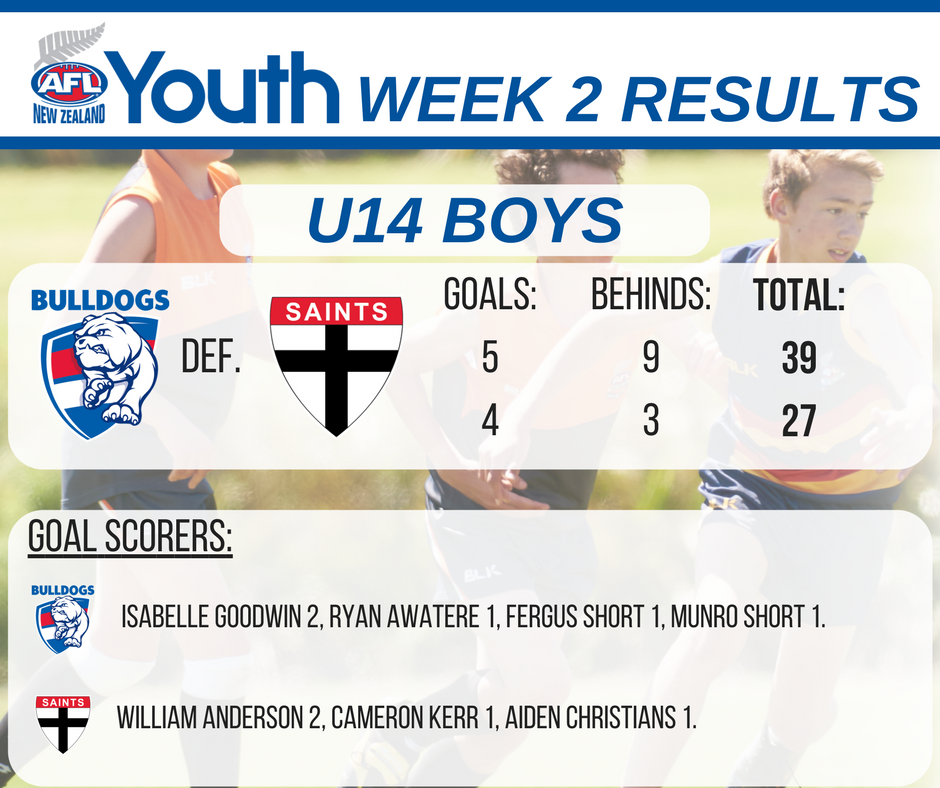 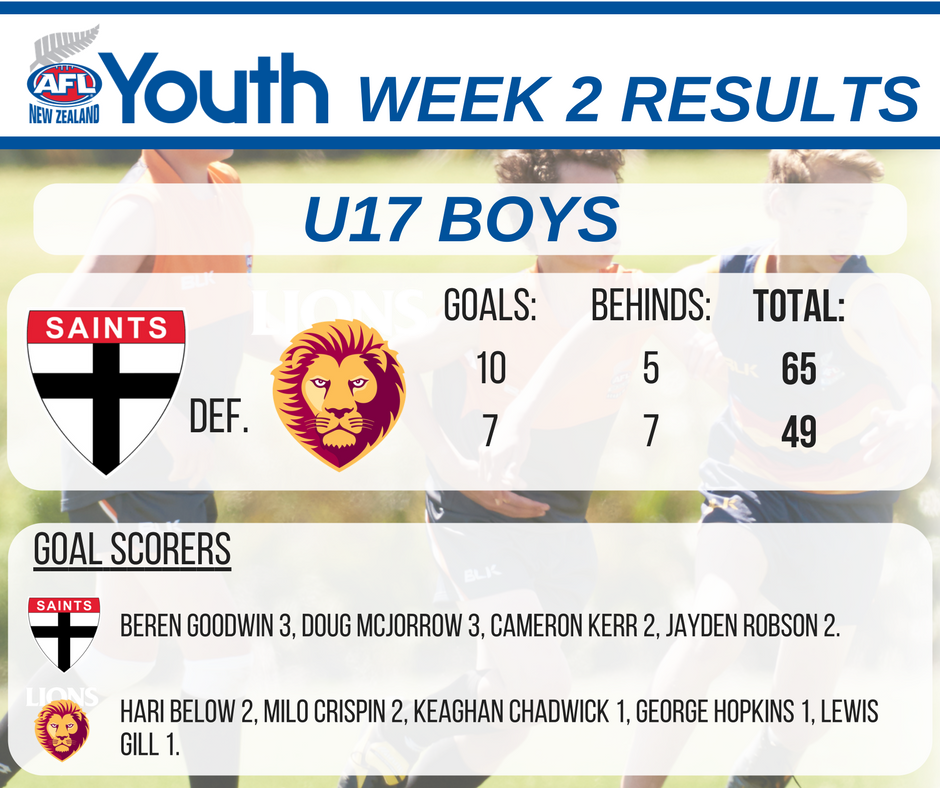