The Auckland and Wellington Youth competition moved into week 3 where up and coming AFL talent displayed their skills under the guidance of AFL New Zealand certified coaches. All age groups continue to learn and develop through the Youth competition and the coaches are noticing the increase in skills and fitness.

Glorious conditions greeted the players at QBE Stadium in Auckland as the under 14’s and Youth Girls kicked off the day with a fantastic game in which the Bulldogs came away with 22 point victory. Jack Mead and Valentina Serrano were the players of the day for the Bulldogs with Josh Smith-Bain and Buell Verkade picking up the award for the Lions.

In the U17’s, the Crows scored their first win of the season as they kicked 16 goals to run away 60 point winners. There were multiple goal scorers for the Crows with Ethan Halton backing up his 7 goal performance in the previous week to be named as the Crows Player of the Day. Oliver Parsons was fantastic for the Saints as he kicked five goals in a superb performance.

At Hutt Park in Wellington, the Lions defeated the Saints in a close encounter. Hari Below is continuing to develop his game knowledge to be given the Player of the Day award. Isaac Hilliam and Lewis Gill were also impressive kicking four goals each. Beren Goodwin was the star of the show for the Saints as he was awarded their best player for round 3. 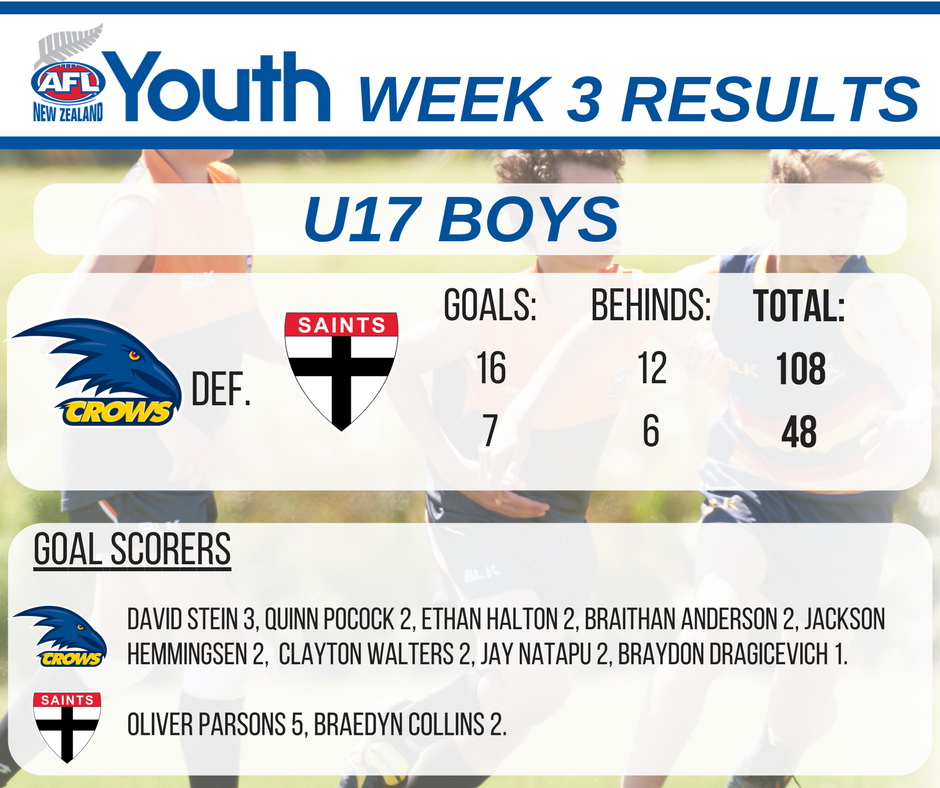 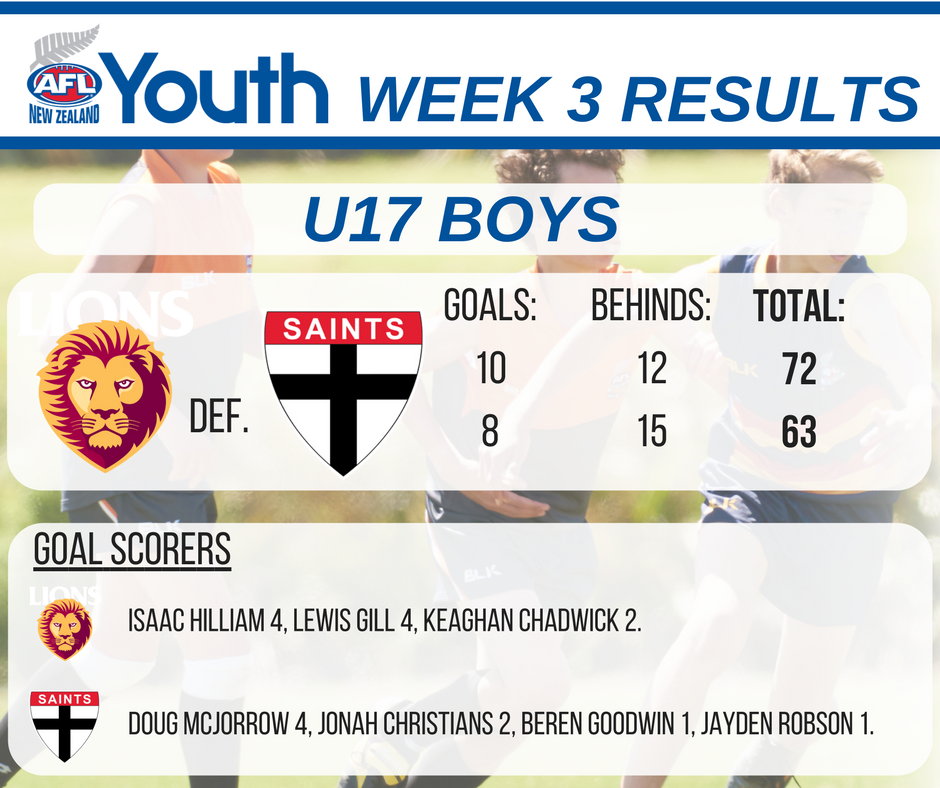