Goals rain down at Youth Competition

It was goals aplenty in both Auckland and Wellington over the weekend as the youth players strapped on their footy boots and took the field for week four of the AFL New Zealand Youth competition.

Over the last two week’s, a number of the AFL New Zealand Youth players represented their Secondary Schools and took part in the Junior AFL Cup and even drew new players down to QBE Stadium after their first taste of AFL.

In Auckland, the Under 14’s and Youth Girls joined forces for a brilliant game of footy. The Magpies defeated the Tigers by three goals with New Zealand Kahu Youth Girls Captain Killarney Morey kicking four goals for the Magpies. Young Max Serrano continues his impressive form in his debut season kicking four goals. Sebastian Jack and Samantha Shrimpton were named the players of the day for the Tigers.

In the Under 17 competition, it was raining goals as Braedyn Collins set a goal kicking record by booting thirteen goals in a game. The Saints scored a big win running out 85 point winners. Ethan Halton and Sam Warton linked well in the forward line, kicking six goals between them.

The Wellington Youth competition players continue to impress as third year player Ryan Awatere produced a player of the match performance for the Lions and is a star in the making. The Saints won the game by three goals thanks to the help of Aiden Christians who kicked six goals and was awarded the player of the day for the Saints. 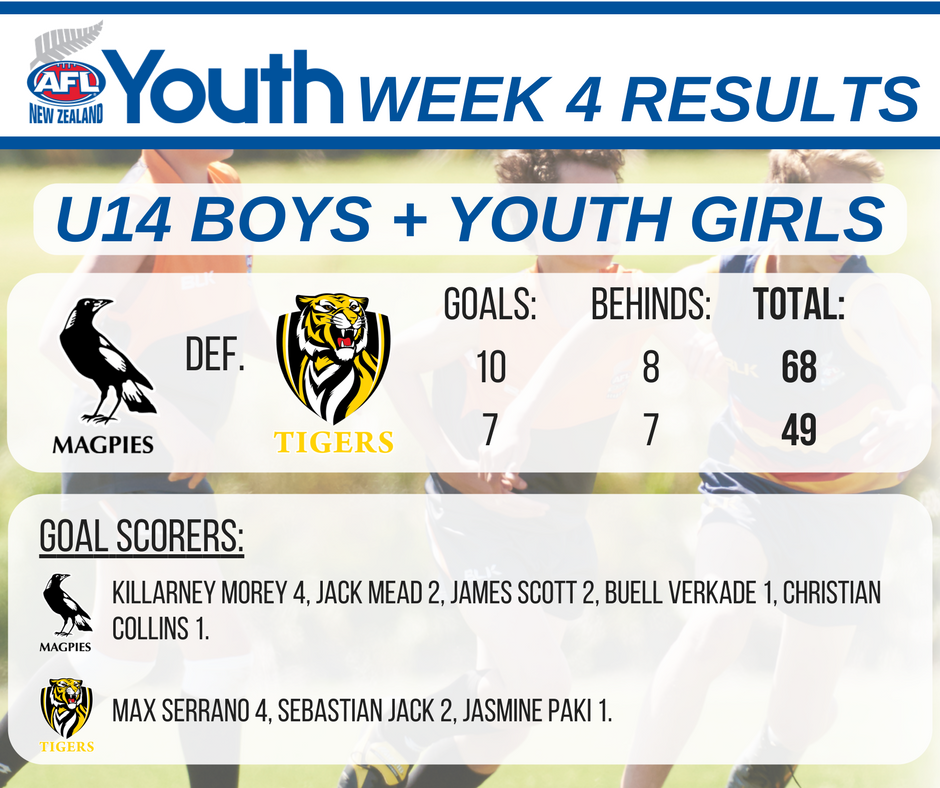 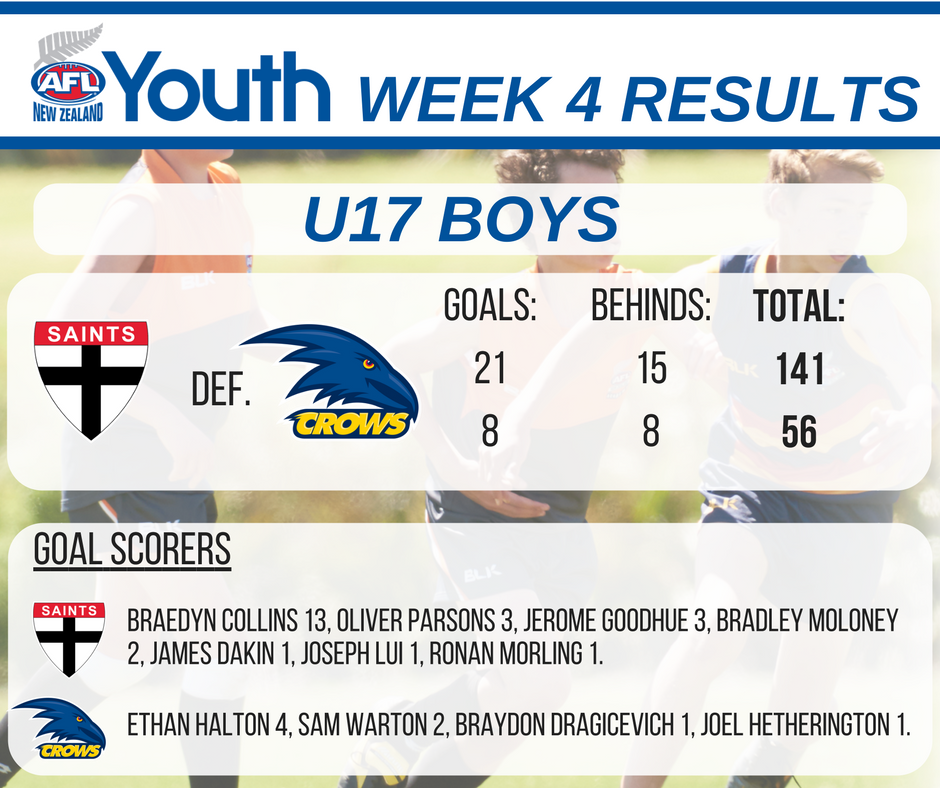 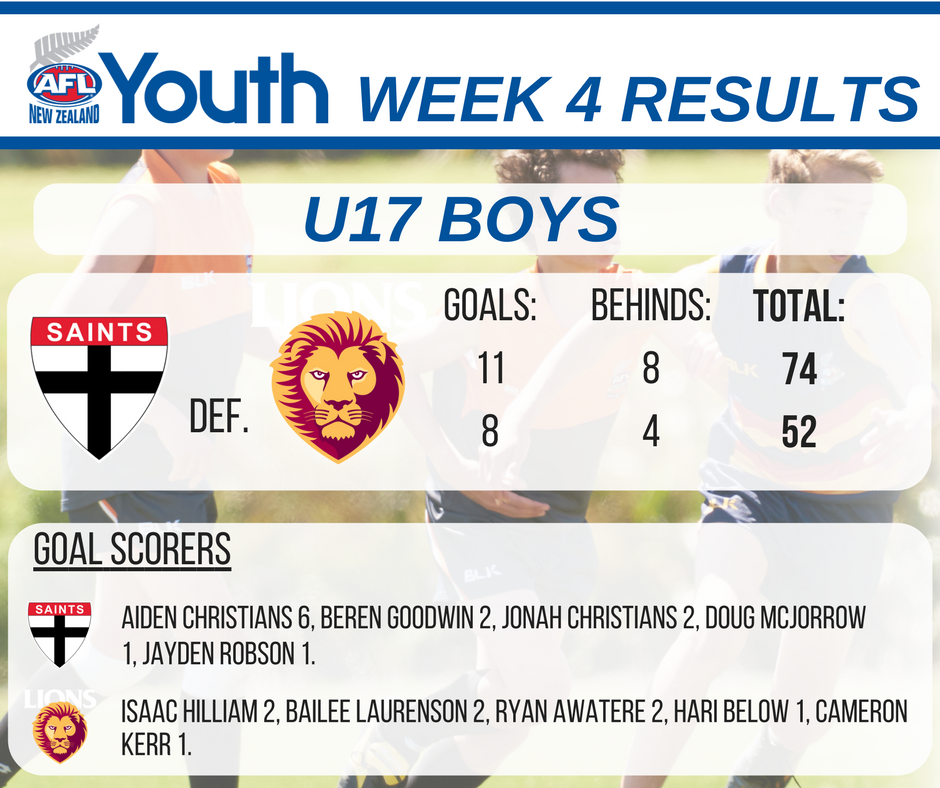