Over 150 kids participated and the standard was high right from the start of the day with kicking and marking skills impressing the supporters who came to watch.

The day was played in great spirit as there was plenty of sportsmanship going on and massive smiles on the students faces.

All the teams developed their skills throughout the day and Pinehaven School and Totara Park School managed to take out the two grades.

A huge praise to all the students for giving a new sport a go and having great attitudes for the entire day.

Students from Upper Hutt College who recently completed the AFL Secondary Schools ‘Coach the Coaches‘ Programme were on hand to assist with the tournament. 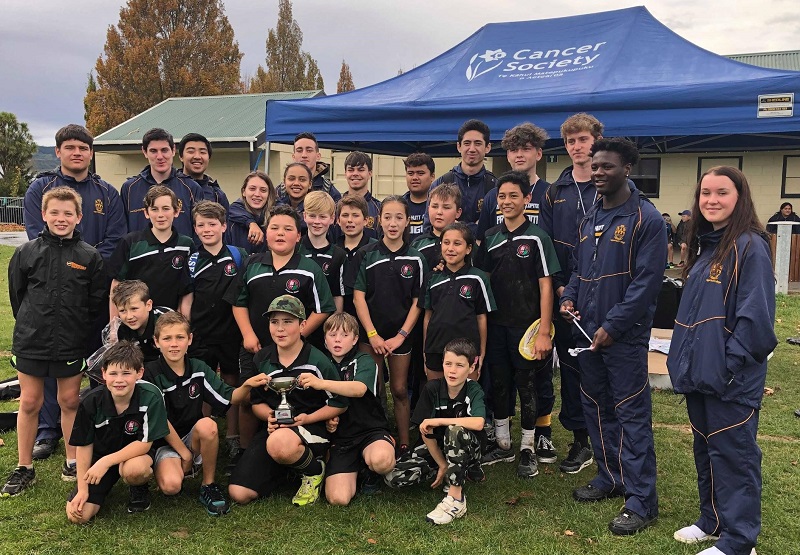 Students from Pinehaven School (Front) along with Upper Hutt College Students (Back) who helped organise the day.

AFL New Zealand would like to thank David King from Activation for his help in the organisation of the tournament along with Scott Leggett from Upper Hutt College and the rest of the teachers in charge of the Primary Schools who helped get the kids involved in what was a successful tournament.