AFL New Zealand Premiership players from across the country are preparing to head back to the training track ahead of the 2021 competition which is set to kick off on February 14th at North Harbour Stadium in Albany, Auckland.

With less than a month before round 1, each region will focus on a specific training programme created by AFL New Zealand High Performance management staff. 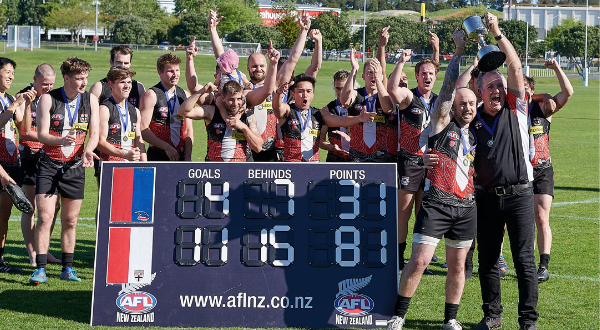 Can the Southern Saints become the first side to win back to back titles?

Four teams will compete in the Premiership Season based at North Harbour Stadium on Auckland’s North Shore culminating in late April.

The AFL New Zealand Premiership includes talented athletes throughout New Zealand with players flying in to Auckland weekly throughout the competition.

The competition is seen as the perfect opportunity for a higher level competition providing an extension to the traditional regional league seasons spanning between August to December each year.