199cm Suns ruckman is a star on the rise

Tahlor stands at 199cm and made his debut for the Northern Suns against the Western Crows last Sunday.

He dominated the rucking contest against senior opposition and managed to get a number of possessions throughout the game.

“It’s not often that a tall talented player comes along, that moves like a ruck rover.

Having helped coach him at the Eastern Blues in Christchurch, I had to do everything within my power to continue his development by drafting him to the Northern Suns.

His efforts on the weekend in the ruck were possibly the most dominant hit out display seen in NZ footy.

With some further maturity of the game, the sky is the absolute limit for this talented youngster.”

AFL New Zealand spoke to Tahlor and asked him a couple of questions during the week.

I attended Shirley Boys High School until year 12 and am now at Hamilton Boys High for my last year.

My older brother Layton has been playing for a number of years and I first started playing in the Canterbury league last season.

I enjoy the physicality of the game and the amount of space there is.

Would love to be able to showcase my skills in front of some AFL scouts.

Having multiple sporting backgrounds and being tall and athletic. 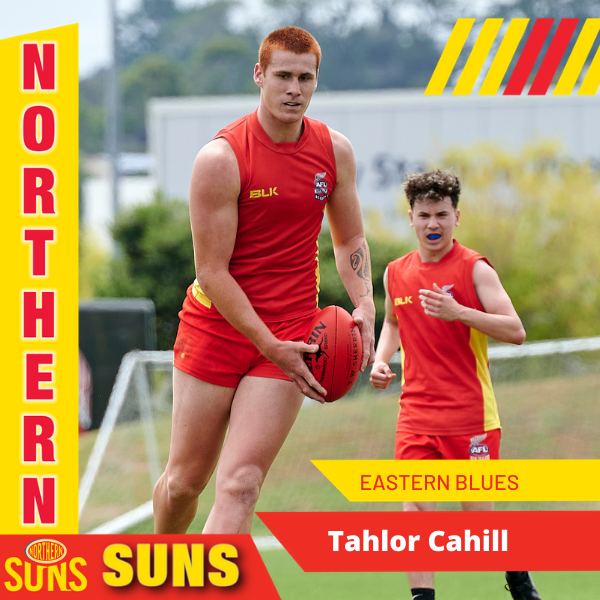