Mackenzie is based out of Christchurch and is playing in his first season of the Premiership.

In only his second game in the competition, the 17 year old played a key role for the Saints during their round 2 clash against the Crows. The key forward/Ruckman kicked 2 goals and impressed coach Sean Mayes.

“Mackenzie is a confident young man who can play both forward and in the ruck. He is big in stature and has real potential in the game as he continues to develop. Being involved with the Saints this year will also be of benefit regarding our great, embracing, team culture.”

AFL New Zealand spoke to Mackenzie and asked him a couple of questions during the week.

I attend Papanui High School in Christchurch.
What sport did you play growing up?

My friends Dad helped Coach AFL and went down to a training session and enjoyed it from my first touch of the footy.

I like the physicality of the sport and the people involved.

I hope to make the NZ Falcons U18 side in the future.

I’m quite tall for my age, so I would probably say, my height. 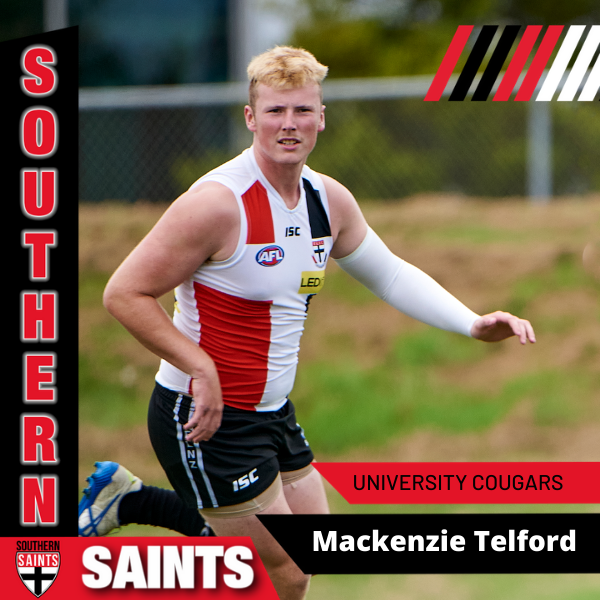