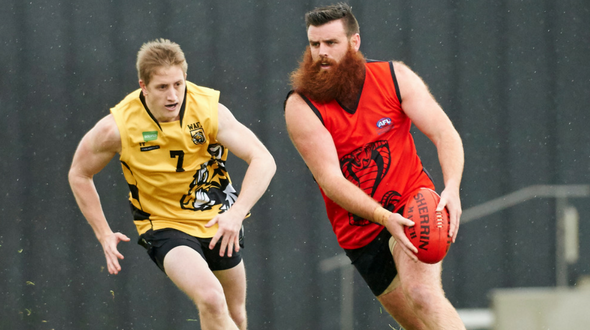 The Senior National Provincial Championships (NPC) held annually, is to determine the best Australian Football League in New Zealand at a senior level.

Teams from Canterbury, Wellington, Auckland, and Otago compete for national honours and the opportunity to be selected in New Zealand national teams.

The Senior National Provincial Championship tournament is to be held in  QBE Stadium, North Harbour Auckland on December 9th and 10th 2017.

Provided below is a summary or running sheet of responsibilities for the tournament to assist with your organisations preparation.

Each section will have relevance to different groups and I have highlighted action points accordingly.

Costs associated with flights are the responsibility of those competing and attending the tournament. It is important that team management and players are made aware of these responsibilities at your first meeting. Internet fares are generally the cheapest and the earlier the flights are booked, the cheaper they will be. With the new fast check in facilities available at all airports, counter check in and identification are only needed for those with more than hand luggage.

AFL New Zealand is happy to assist with the coordination of ground transportation.  Before this can happen we will require details of flights and accommodation and on receipt we can supply estimated costs to the participating leagues.

Transfers range between $260 to $280 per transfer. Airport to ground/ Ground to accommodation/ Accommodation to ground and Ground to airport should be considered. Depending on group size the buses could accommodate two teams and so the airport run could be shared.

Costs associated with accommodation are the responsibility of those competing and attending the tournament. It is important that team management and players are made aware of these responsibilities at your first meeting.

Costs associated with meals are the responsibility of those competing and attending the tournament. It is important that team management and players are made aware of these responsibilities at your first meeting.

In the past there has been a compulsory group meal scheduled at 5.30pm on Saturday that caters for all players, team management and tournament officials. The cost of the meal has been $30 + GST per person but this may have to be increased depending on venue, with each League invoiced for a minimum of 20 attendees.

Team Managers would then provide, advise of meals required by November 12th2017. Other meals that require organisation include Sunday breakfast and lunch and we will look to provide details for a caterer for leagues who request further information.

Uniforms and Playing Equipment and resources

Costs associated with uniforms and playing equipment are the responsibility of those competing and attending the tournament. It is important that team management and players are made aware of these responsibilities at your first meeting. Any team desiring to vary or alter its colours, uniform or design shall first apply for and obtain the permission from via football@aflnz.co.nz . All jumpers must display numbers on the back.

Drink bottles, footballs and medical kits are resources that each League and Club should have available for use.

All leagues must supply one new Sherrin football for the competition.

Each team can consist of a maximum of 26 players. Each game will comprise of 18 players on field and a bench of six players. This can be extended only by mutual agreement of both teams.

A final team list of 26 players will be required from the each League featuring the playing numbers for Programme production by November 26th 2017.

Player aged under 18 years of age must have guardian consent to compete in the Senior National Provincial Championships. This is also included in both management and player registration forms. Management Registration

An Alcohol policy for the vent has been designed by AFL New Zealand and is part of the management and player registration forms. If your league disagree with this policy please advise AFL New Zealand immediately and provide a suitable alternative.

Each team will have in attendance physiotherapy staff to attend to on field and off field injuries. A stretcher will be required (AFLNZ to consult with AAFL) for serious injuries and in these cases the game will be stopped once a stretcher enters the field.

In the case of more serious injuries medical staff (AFLNZ to consult with AAFL) will be consulted in regards to movement of the injured person as well as further action including ambulance requirements.

For those who would like assistance AFL NZ can source appropriate personnel with a charge of $250 + GST as well as associated supplies to be added to this. Please advise ASAP if you require assistance and if no assistance is required have your nominated physio complete the management registration form.

Please forward details of your hot/ cold and ice bath requirements. This usually requires a budget of $25 per game. We will provide contact details with the ice delivery on notice of your requirements.

A medical consent form is part of the management and player registration forms.

An NPC Levy of $400+ GST has been forwarded to all Leagues with payment due immediately.

A ‘Best and fairest’ trophy will be arranged for each competing team as well as a:

All NPC matches require two goal umpires, two field umpires, and two boundary umpires. A panel of ten umpires in full uniform for the tournament would benefit all concerned with rostering between goal, boundary and field so we don’t have too many tired bodies.

Flights and accommodation for umpires will be catered for by AFL New Zealand with meal costs the responsibility of the individuals. Available umpires – please contact football@aflnz.co.nz regarding availability ASAP.

AFL New Zealand to work in conjunction the host league, facility and council

Volunteer assistance in the following areas will aid the tournament greatly.

AFLNZ will work with AAFL for the provision of volunteer requirements

Times of commencement of matches:

Each game will be played over four 15 minute quarters with NO time on except for stretchers. The breaks will be 5 minute (1/4 and 3/4 time break) with a 10 minute half time break.

At the completion of the round robin the teams will be positioned firstly on games won and secondly on points for and against.

The following points will be allocated per match during the round robin: Winning team Four (4) points/ Losing team Zero (0) points/ Draw Two (2) points

Normal game rules apply. The umpires prior to the game will advise of any variation.

The finalised team squad will have been completed prior to the tournament including full names and jersey numbers of each player. Before each game the team manager will advise the tournament director who from the squad is not playing.

Full names of the official Team runners, Coach, Manager, Medical person and up to (3) official trainers or water carriers will also be provided prior to each game.

The balance of players not participating in the game are permitted to be utilised as runners provided their names have been provided prior to the match.

If a player is deemed ineligible to play and the team fails to comply with these rules, and the player participates in a match then their team shall lose all its points in that game. The Tournament Official will peruse each team’s list of players as submitted, or whenever requested to do so, to satisfy AFL New Zealand requirements that the lists are correct and will adjudicate in any areas of dispute by teams.

Each team shall be entitled to use two (2) runners in each game.

The runner is not permitted to coach or remain on the field barracking and will be asked to leave. If the runner fails to immediately respond to any request relating to the above points then a free kick may be awarded against his team at the spot of the infringement or where the ball is at that time, whichever is the greater penalty.

Each team shall be entitled to use three (3) water carriers in each game.

The water carrier is not permitted to coach or remain on the field barracking and will be asked to leave. If the water carrier fails to immediately respond to any request relating to the above points then a free kick may be awarded against his team at the spot of the infringement or where the ball is at that time, whichever is the greater penalty.

In the event of a draw both teams will receive 2 points. There will be no extra time.

Any player swearing, abusing or disputing an umpiring decision will have a free kick awarded against his team. If a free kick has been awarded then a fifty metre penalty will apply.

The send-off rule will be in force during the NPC tournament.

The umpires will utilise the ‘send-off rule’ in cases of unduly rough play, repeated infringements, unsporting behaviour, fighting and melees. The card allocated will be determined by the umpires opinion on the severity of the infringement.

A yellow card will result in a player being sent from the field for a period of ten minutes. No substitute can be used to replace this player during the ten minute period.

Any player receiving a red card must face a tribunal hearing to determine his availability for the remainder of the tournament. The tribunal will consist of the Tournament Advisor.

Evidence is to be presented by the player red carded and the reporting umpire and third parties from the opposition team only if required. Both the umpire and player may have one representative present to speak on their behalf.