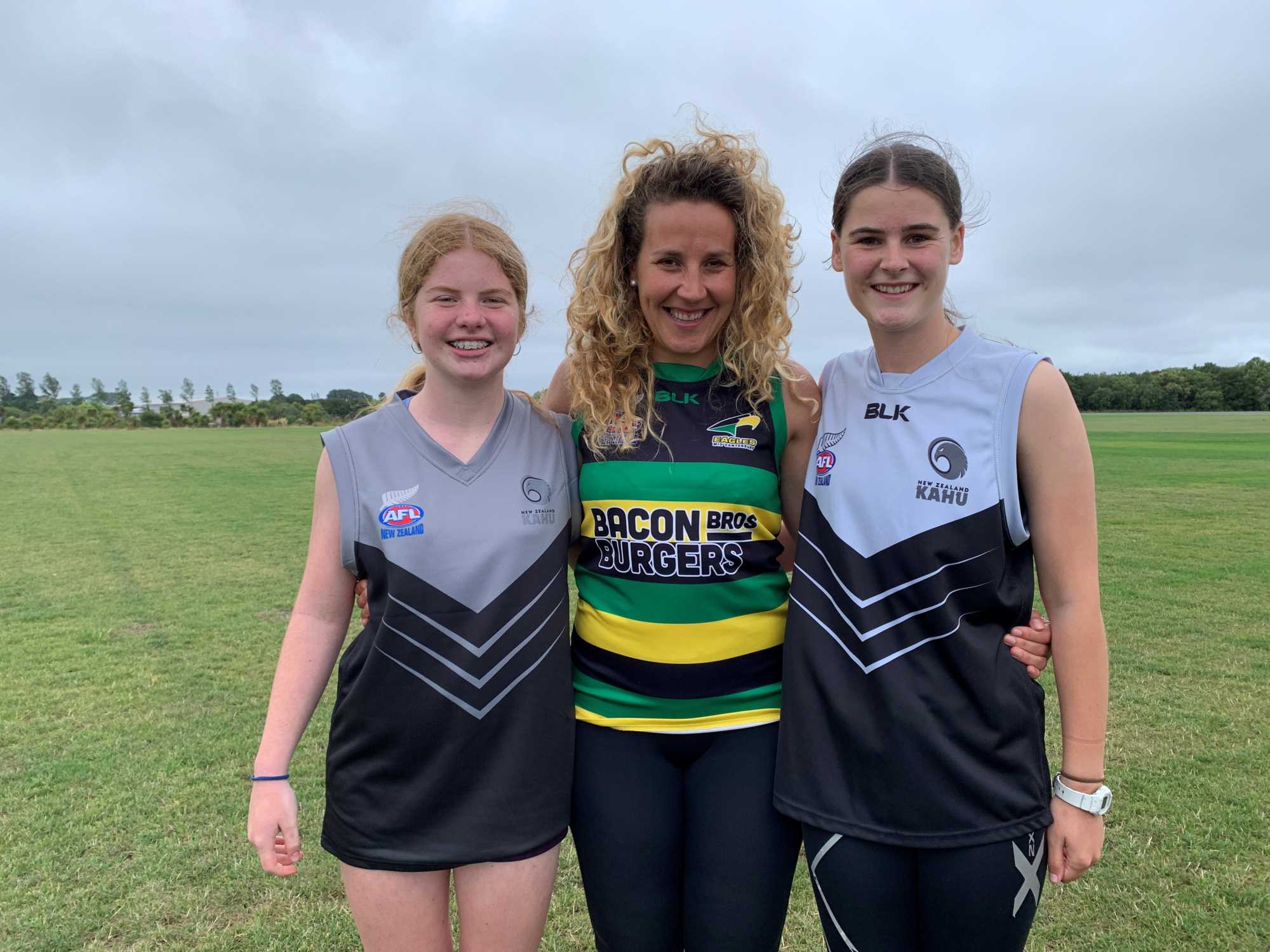 As 2021 gets underway, a new summer AFL competition based at Ngā Puna Wai in Christchurch is set to attract newcomers to the sport, drawn in by the sense of community and fun the sport promotes.

The Christchurch AFL 9’s kicked off last night, bringing experienced and novice participants together on the same pitch. For six weeks, the Monday night competition will feature four AFL clubs in a round robin format, followed by a social competition, consisting of four to six entry level teams.

Inspired by the success of a one-day AFL 9s tournament that was held in early 2020, the new competition is highly anticipated and expected to attract talent from both men’s and women’s grades.

“This is the first opportunity of 2021 for all players to get together from their respective clubs and showcase to everyone the talent and enjoyment this game brings on a social yet competitive level,” says Christchurch AFL League representative Paddy Smith.

“We have some of the best players in New Zealand here in Christchurch such as the New Zealand Captain Andrew Howison and his younger brother Cam Howison who is also a New Zealand representative with the youth set up. Along with a host of New Zealand Premiership players both male and female we are proud to have such talent to showcase,” he adds.

The emphasis is on having fun, meeting new people and developing new skills at the same time.

“It’s going to give a wide variety of people a good opportunity to learn more about the sport but do it in an environment which is sure to build confidence and skill.”

“People of all ages and abilities are welcome to come along and try this non-contact version of the game during this six-week tournament,” he adds.

Since 2019, participation in the sport has grown largely across the region and is growing even more around New Zealand. AFL 9’s is another avenue to grow the sport during the off season from the main competition.

“There is a huge push to create a women’s competition here in Christchurch and this is a really good opening for that, as well as any youth who want to play to get a really good feeling of what it’s like to play with older players.”

“It’s been a sport that has sat in the background somewhat, but now is the time for it to become big in the city of Christchurch. There’s so much potential for the sport in New Zealand and we here in Christchurch, would love to be the front runner for its growth,” says Smith.

To enquire about joining a team as a novice, individuals are encouraged to contact Paddy directly via the facebook event below or get in touch with the Canterbury AFL League.