COLLINGWOOD will head to Queenstown in New Zealand for a week-long training camp in late January, a month before it kicks off the NAB Challenge against Hawthorn in Tasmania. 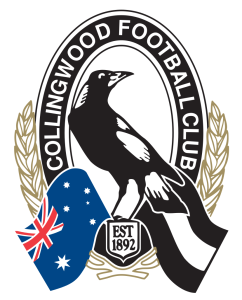 After eight consecutive years training in altitude in Arizona, the Magpies didn’t travel overseas last pre-season but will take the whole squad to New Zealand for the first time.

The camp will include both football training and other team building activities available in the south island town famous for its adventure tourism.

St Kilda, who are scheduled to play a home game in Wellington on Anzac Day, is also conducting a high performance camp in Queenstown in early December.

The Magpies are looking to fill a director of football position in the pre-season, Rodney Eade leaving the club to coach Gold Coast and has also made changes to its medical team in the off-season.

Collingwood’s first to fourth year players returned to training on Wednesday, with last year’s No.10 draft pick Nathan Freeman winning the time trial on the opening day, and recruits Jack Crisp and Taylor Adams finishing in the top three.

Freeman, a noted speedster, did not play a game in his first season after injuring his hamstring in the opening NAB Challenge game against Geelong.

Freeman told Collingwood’s he had returned with the body in good shape and the hamstrings repaired.

“My plan for the off-season is to shed a few kilos and get my running base back up after an injury ravaged first season,” Freeman said.

The young Pies head to Falls Creek for a camp next week before the remainder of the squad returns to training on November 17.

Collingwood won only eight final quarters in 2014 and was outscored in the second half in eight of the last 11 games of the season.  It also had injuries to key players at critical times throughout the season.