Friends and rivals in Kahus clash 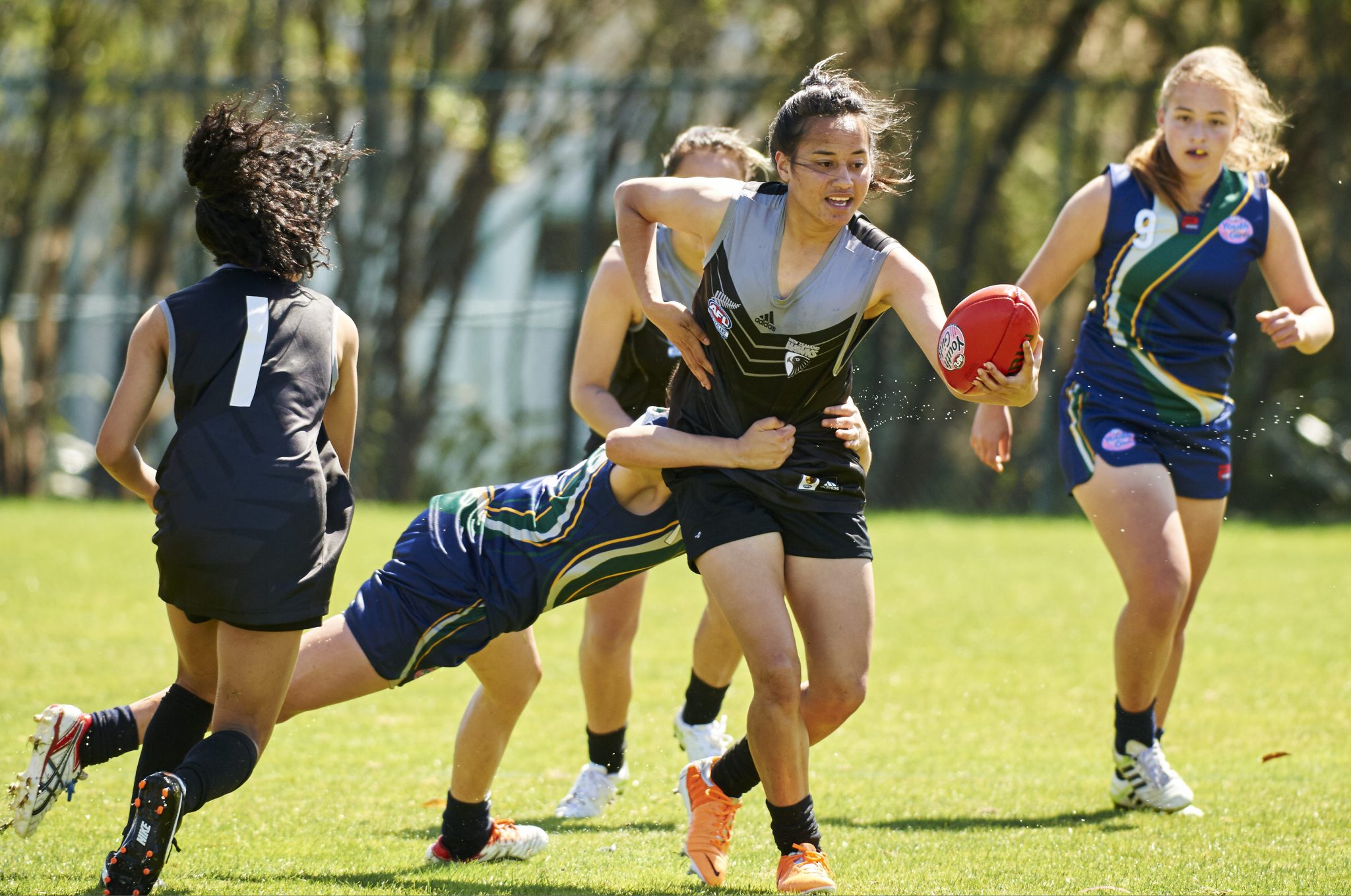 The growing friendships between the female AFL communities of Australia and New Zealand have been celebrated in the first match of the AFL International Youth Girls Cup.

However, the match between the U18 NZ Kahus and the Australian Breeze was played with a fiercely competitive spirit, with both teams playing their hearts out until the final hooter.

The result was a large win to Australia, with the talent and class of their players evident throughtout the game. At no stage though did the Kahus ease off on the pressure, and they made it clear to the Breeze that they were in a contest.

The Australian coach Alicia Eva was proud of the way her entire team played, struggling to pick out any one player who deserved the accolade of Best on Ground above the others.

Similarly, Kahus coach Lisa Roper heaped praise on both teams, saying she was fortunate to have been involved with female football and in a position see the rapid and heartening development of both the Australian and New Zealand players.

For the Kahus, the Schuster sisters were the standout players. Captain Hope Schuster was powerful with ball in hand, and younger sister Rosie was arguably the fastest and most committed player on the field for either team, regardless of being the youngest.

However, the Breeze all showed why they had been picked out from their counterparts in Australia. Despite the tremendous tackle pressure put in by the Kahus, the Breeze maintained their composure, stuck to their game plan and kicked clean goals.

The final score of 24.23 – 0.4 reflected the differences in experience of the two teams, however is a significant improvement for the Kahus on the scorelines recorded last year in the same fixture.

The 2nd and 4th quarters were also good ones for the Kahus, spending plenty of time playing the ball in the midfield or their attacking zone. Four behinds were recorded in the 4th quarter for the Kahus.

The next match in the series will be played at 1.00pm, at Parrs Park on Monday the 6th of October.

U18 NZ Kahus vs Austalian Breeze