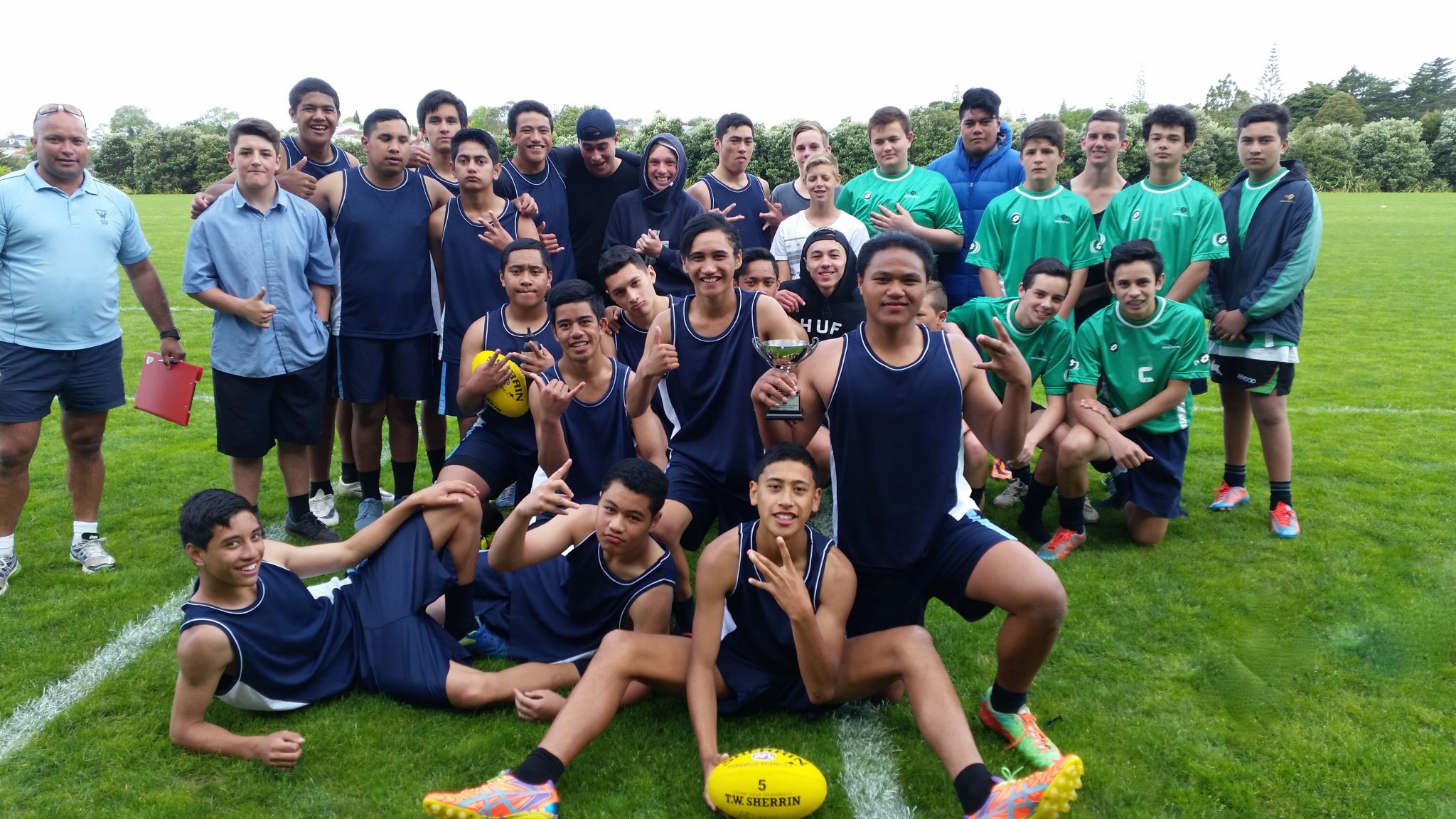 The Waitakere Junior Hawks Cup cluster tournament has seen a tough battle for the title between two strong sporting schools.

Both sides have history in the Hawks Cup, and have often come up against each other in cluster tournaments.

Waitakere College started strong, pulling away to a big lead at the end of the first quarter thanks to clever team play and speed off the ball. Green Bay found it hard to stick to their marking and let points slip through their defence.

However, Green Bay stormed back into the match through the 2nd quarter, dominating the midfield and kicking 3 goals across the period. At half time the difference in score was only one point, and the game was there for either team to take.

Waitakere College stepped up their defensive efforts in the 2nd half, closing down the options available to Green Bay through the middle of the field. As the Green Bay midfield tired, Waitakere struck back, taking the initiative on attack and pulling away. Green Bay continued to play tenaciously until the very end, but were eventually overcome by Waitakere. The final score was 13.10:88 – 8.6:54.

One aspect of the match that both teams can be proud of was the accuracy in front of goal. Both teams converted more opportunities for goals than they missed, showing the skill level of both teams was very high.

One player from each team was presented with a Best on Ground award. Dominic Rudolph from Waitakere College earned that honour, with Green Bay’s best being named as Nathan Hallaron-McLean. The overall Player of the Tournament was another Green Bay High School student, Jack Morris.

Without the support of coaches and teachers the Hawks Cup would not be possible. Green Bay High School were lucky to have Adam Wilson and Sports Coordinators Casey Redman and Jennifer Connor on board.

The teacher in charge of Waitakere College was Joey te Whata, who has experience as the team manager of the U18 New Zealand Hawks in their recent series against the Victorian Amateur Football Association. The coach of Waitakere on the day was student Bailey Dick.

For both teams, attention will now turn to the North Island Championships, to be played at the Trusts Arena on the 15th and 16th of November. Both will be capable of mounting a strong challenge for the North Island title.