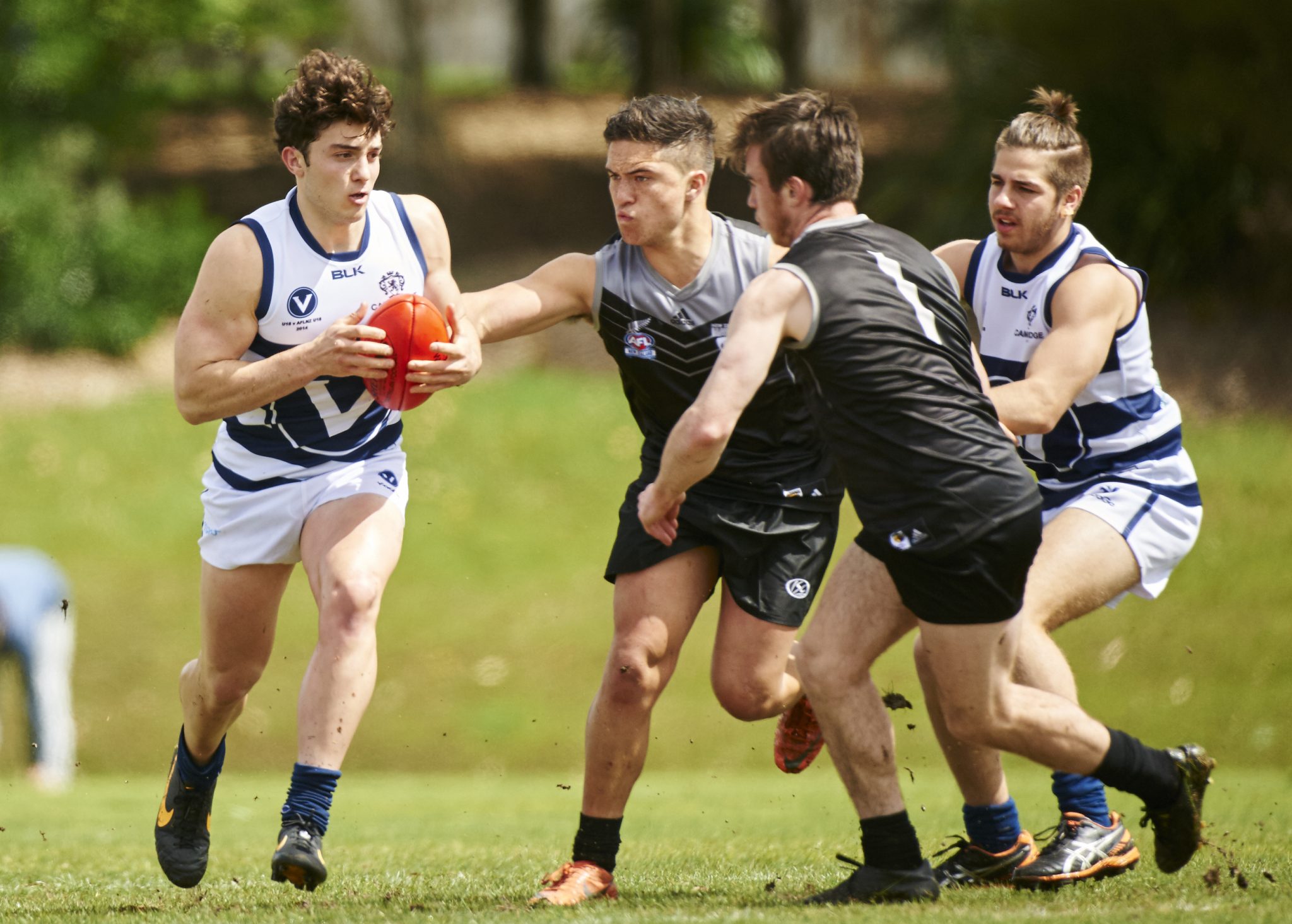 The New Zealand Hawks have made a strong statement in their 2nd match against the Victorian Amateur Football Association, playing with intensity and passion.

15 minutes into the first quarter, the scores remained 0.1 – 0.1, with the Hawks kicking the first point of the game, and keeping VAFA quiet with ferocious defence.

VAFA Head Coach Own Lalor lauded the performance of the Hawks.

“You came out with a fantastic attitude, and you just need to learn how to sustain that, and that will come with experience.”

The New Zealand Hawks swarmed over anyone in a blue and white uniform, with crunching tackles and physicality at the loose ball.

Waylon Baker and Siope Ngata were instrumental in the Hawks performance. Kieran Brunel was another standout on defence, making brutal tackles and attacking every contest.

Individual matchups across the game saw some intruiging contests, in particular Te Kopa Tipene Thomas marking Ezubalew Ramsey. Neither of the two key players were able to get the edge over the other.

However the Hawks performance overall was a team effort, with the support play and communication among the team improving dramatically.

The Victorian Amateur Football Association were again able to dominate the scoreboard, in part due to a pattern of allowing pressure to build up, before breaking the deadlock with a string of goals. Their first four came within the last few minutes of the 1st quarter.

Ben Dickson and Jordan Tabakman were again effective at pushing the score out rapidly.

Touring teams provide AFL New Zealand High Performance players with the best opportunity to test and push their skills, and VAFA were certainly effective at that.

However, the experience gained by the New Zealand players will be invaluable in their journeys as AFL players and athletes. Many of the players in this side will go on to be Senior New Zealand Hawks representatives, a few already have been.

For now, many players within the squad will be returning to club matches around the country, and will be in a fantastic position to apply what they have learnt through regular time on the field.