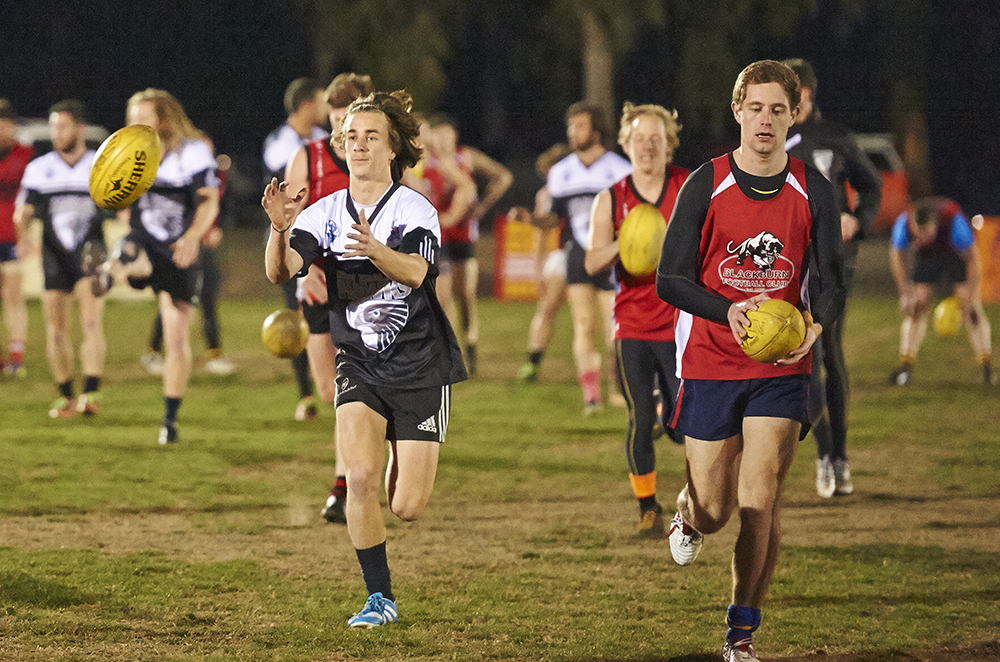 The biggest match so far of the International Cup is set to take place, with the New Zealand Hawks to take on the USA.

In what is effectively a playoff for a spot in the semi-finals, two unbeaten teams ranked 3rd and 4th in the tournament will go head to head.

The match will take place at Montrose Recreational Reserve, at 12.30pm Melbourne time. International viewers can stream the game at this link: http://bit.ly/1q9rlJV For New Zealand viewers, the match will start at 2.30pm NZ time.

The USA Revolution are coming off two strong wins, including their recent hard fought contest against Canada. Their strengths have been their superb accuracy in front of goal, their physicality and their fitness. So far Saleh Tyebjee has been their key player.

AFL is a growing sport in the USA. The country boasts a player base of thousands of adults from which to select their national team, and the St Kilda Football Club have an American International Scholarship holder, Jason Holmes, on their rookie list alongside Kiwi Joe Baker-Thomas.

Having been part of every International Cup, and coming 4th in 2011, the USA Revolution are looking to improve. To do that, they will need to go through the New Zealand Hawks, who have so far been unstoppable.

New Zealand’s great strength so far has been their watertight defence, with no points scored against them in their first two competition matches.

Andy Christensen, Shane Leat, Tim Morton and Andrew Howison have been among the best for the Hawks so far, and big performances will be needed from them again. For such a new player to the New Zealand Hawks team, Ty Smith has been a revelation in the ruck position.

Coach Justin Davies is aware that the match could be a defining event in the tournament for his team.

“The tournament has gone really well so far, and we’re really looking forward to pitting ourselves against a tougher opponent, and seeing whether the hard work over the past nine months will pay off.”

The match will be a curtain raiser for a huge Eastern Football League contest between Blackburn FC and Montrose FC. As part of the AFL International Cup Community Round, games will be held across Victoria as curtain raisers to important club fixtures.

The EFL is home to one New Zealand Hawk, Andrew Christensen, who plays for Surrey Park FC.

Following the match, the Montrose Football Club has generously extended an invitation to all players, management and supporters to the after match function, to be held in the club rooms.