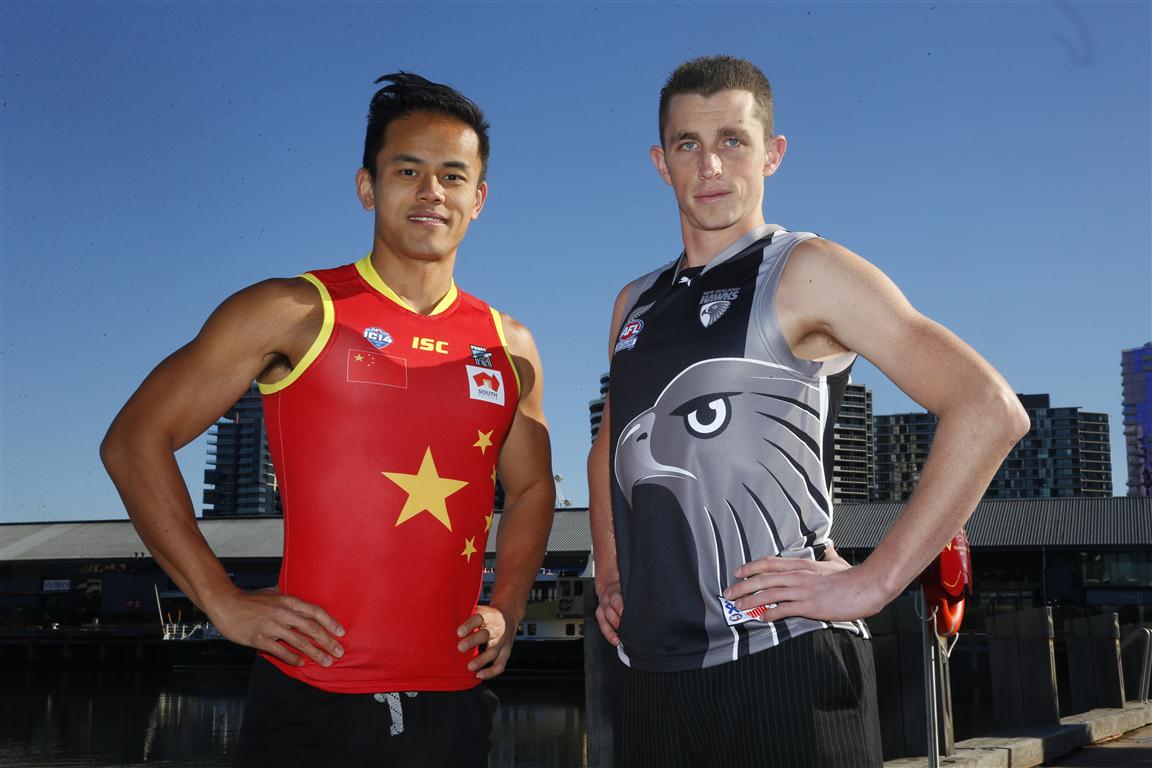 The New Zealand Hawks are set to take on China, in their 2nd match of the AFL International Cup.

The match will take place on Wednesday the 13th of August, at St Kilda’s Linen House base, Seaford, at 1.30pm.

It will be the 2nd visit New Zealand have made to St Kilda since the beginning of the tour, with an earlier visit focused around training and football development with St Kilda Assistant Coach Paul Hudson.

China are regarded as a very fast team, and it is likely they will test the fitness of the New Zealand Hawks. They are currently ranked 17th in the world by World Footy News.

The Chinese national team is supported by the Port Adelaide Football Club, who have funded the team’s journey to the 2014 International Cup.

The New Zealand Hawks are coming off a big 162-0 win over Sweden, which was especially heartening given the defensive performance shown by New Zealand. A goal for the team against China will be for the midfielders and backline to repeat that effort.

Team Manager Tim Stevens outlined the goals for the game:

“Our focus will be on keeping our standards up. The backline will be trying to use the ball better, and the forwards will be focussed on improving their conversion rate.”

China’s first match was a loss against Canada, and they will be looking to improve on that performance.

In team news, a mutual agreement between the two sides will see an extended bench. Kyle Smith is out due to a minor shoulder concern, and Brendan Clark will be rested for the match. Joe Baker-Thomas is set to wear New Zealand colours in front of his home St Kilda crowd.

The match will also be the first competition game for Tim Morton, Michael Gregson, Justin Clark and Nick Fisher.