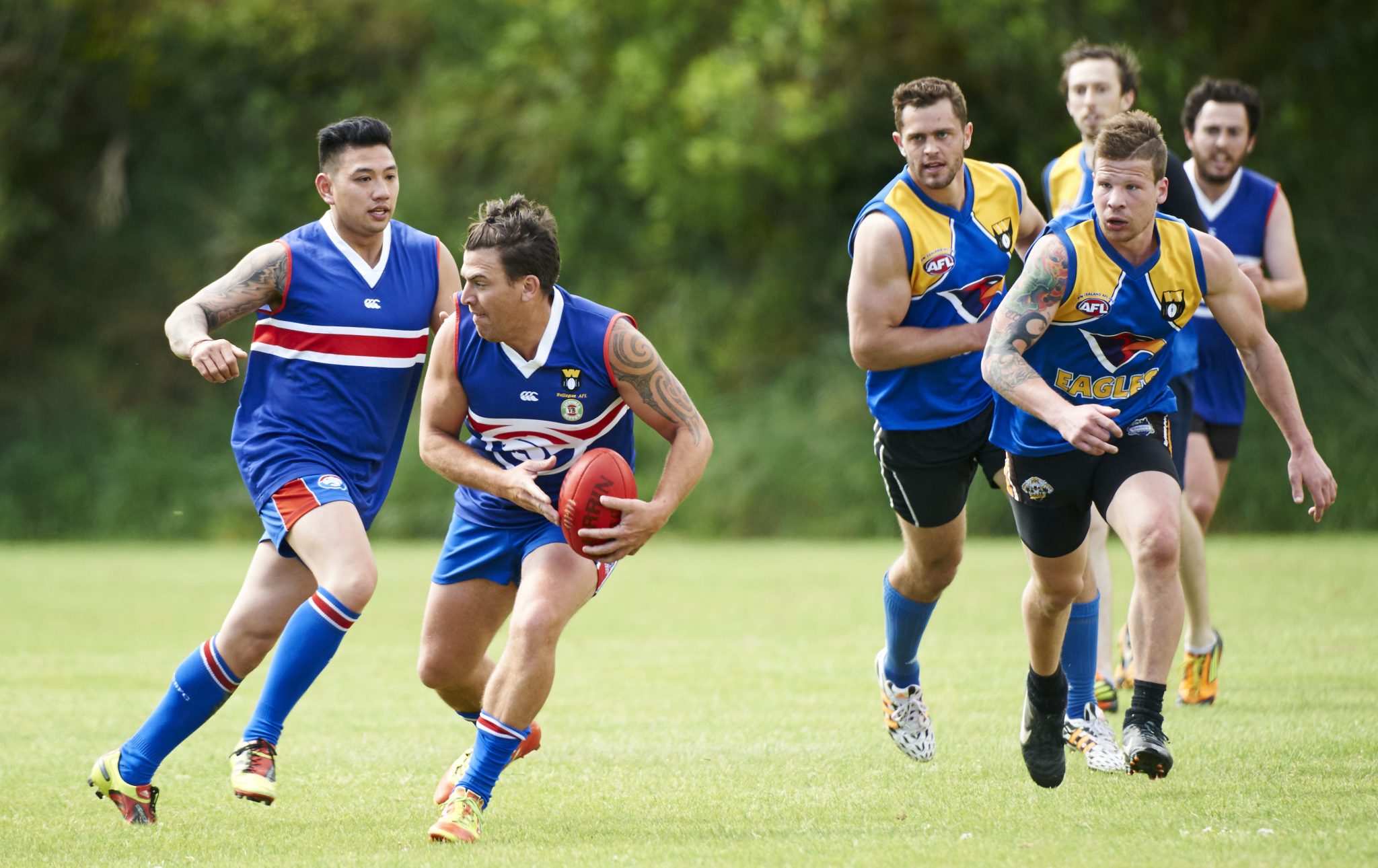 The recently completed Regional League matches around the country saw the powerful teams in Canterbury storm towards the finals, an upset result in Auckland, and two unbeaten Wellington sides going head to head.

The AAFL points table is looking interesting heading into the Labour Weekend break, with four teams within striking distance of a Minor Premiership with only a few rounds to play.

The North Shore Tigers have steadied their season with a win over the Pakuranga Panthers. Slick ball movement was the key for the Tigers, keeping the Panthers under constant pressure and finding holes in the defence. The win will be a relief to the Tigers, who are facing a moderate injury crisis at present. The final score was 16.12:108 -1.6:12.

At the back Ryan White was outstanding for the Panthers, spoiling and limiting the damage being done by the Tigers forwards. Patrick Cleave also gave the Tigers problems with ball and hand, and kicked the only goal for his team. For the Tigers, Connor Hill, Dave McMutrie, Ty Smith, Justin du Toit and Adrian Sucu led the way, with Tyler Rakich, Troy Brown, and Connor Hill pitching in with 3 goals each.

The Manurewa Raiders went down to a confident Mt Roskill Saints at Mountford Park. The young Raiders team played an enthusiastic and hard running brand of football, but were beaten in the air by a clinical Saints outfit, in particular through Matt Kemp, Ben Curtis, Sam Winkelman and Jeremy Freeman. The score finished 12.10:82 – 3.3:21, with the Raiders improving noticeably over the 2nd half.

For the Saints, an improvement from their younger and less experienced players was notable, with Jonathan Ilaua, Martin Aboltins and David Ilaua stepping up on previous weeks. Dan Carman named Ben Horne, Josh Berry, Matt Kemp, Will Dickenson and Aaron McConchie as his standout players, among others, with Justin Summons, Jessie Baty and Josh Fagan leading the scoring with 3 goals each. The Saints are building strongly towards the finals, and now sit 3rd on the ladder.

The final match of the round saw a titanic struggle between two top teams, the University Blues and the Waitakere Magpies. With the lead swinging back between the two teams over the course of the game, the umpires billed this match as the best of the season so far. University pushed out to a 12 point lead at the first break, but the Magpies stormed back into the match, winning the 2nd quarter 29-1. A six goal quarter from the Blues followed, regaining the lead and the advantage. They managed to hang on in the 4th, in a high scoring quarter that saw each team kick 4 goals. The final score was 14.8:92 – 10.11:71 to the Blues.

Finally, congratulations are in order for two stalwarts of the University Blues and Auckland AFL, Howard Gilbert and Tim Stevens, who have reached significant milestones. Howard has now been playing for the club for 20 years, in that time capturing Premierships, and now sits on the AAFL Committee. Tim Stevens also began in 1994 as a player with the Blues, and has since then represented New Zealand, acted as a runner for the New Zealand Hawks and is now an AFL New Zealand Board Member and a top quality umpire, regularly giving up his time to officiate matches. Congratulations to both Tim and Howard.

The matches at Northwood Park saw the two top teams cement their positions as likely finalists coming into the Labour Weekend break.

An understrength Eagles team were roundly thrashed by the Blues, who took full advantage in their attempt to sneak back into top spot on the ladder. At first, the Eagles looked like they would be competitive, kicking 10 scores in the first quarter. Unfortunately, the tally was 1 goal and 9 behinds, compared to the accurate Blues. Following the first quarter effort, the depth of the Eagles was severely tested, and the Blues capitalised. Logan Toomer kicked 3 goals for the Blues in the 2nd quarter.

A rout looked likely at half time, but the Eagles managed to hang on, in part through the efforts of Richie Hazlewood, Charlie Barnes and Josh Robles. However, the match was only ending one way, and the Blues made sure they kept control right until the final whistle.

The Bulldogs meanwhile ran up a huge score against a brave but ultimately outclassed University Cougars team. The Blues midfield of Sullivan, Woodward and Van Gruting kept the Cougars out of the match, with Jarred Percival and Todd Andrews providing the team with targets and points. Individual Cougars will have done their chances of NPC selection no harm with their performances, particularly Neil de Joux and Callum McKenzie. However, with an understrength side they had no chance of winning the match. 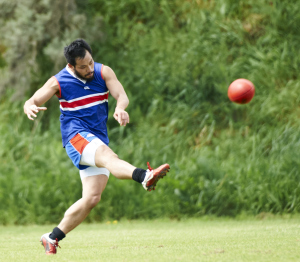 A fantastic weekend for AFL in Wellington, with four full strength teams turning out to play two entertaining games of AFL, a good sign for the province’s prospects at the upcoming NPC.

The Bulldogs took their match against the Hutt Valley Eagles by a comfortable margin, but had to work hard during long periods of the match. Taking an early lead of 43-1 at the end of the 1st quarter, the Bulldogs looked like they would get home easily. However, the Eagles fought back admirably to reduce the deficit over the middle two quarters, including winning the 2nd quarter. However, the Bulldogs proved their strength by pulling away in the final quarter, taking the match 106 – 49.

The North City Demons also earned a win, beating an enthusiastic Wellington City Saints. The Saints were bolstered by a crop of new players, along with returning stalwart and founding club member Gregor Kempt. However the Demons, finalists in the 2013 WAFL, proved to be more experienced and skilled, running away with a 113 – 30 win. The bright spot of the match for the Saints was the 2nd quarter, which they won.

Lastly, some sad news for rising WAFL star Nathan Lenihan, who broke his arm playing for the Hutt Valley Eagles, only one week after kicking 6 goals. Everyone is wishing Nathan a speedy recovery. 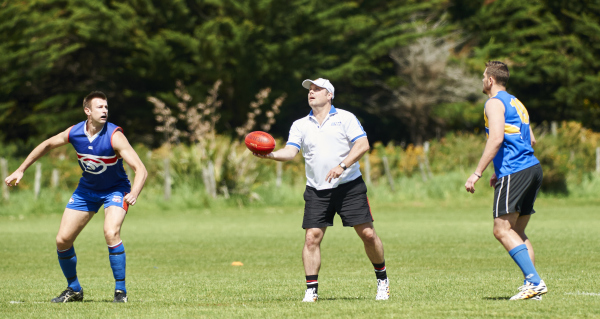