Saints to take on Carlton in Wellington 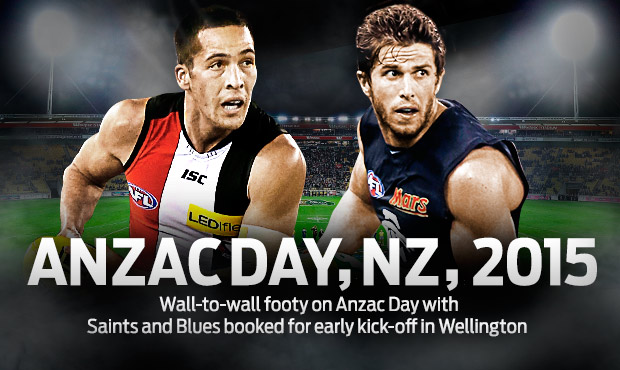 ST KILDA and Carlton will play in Wellington in the opening game on Anzac Day next year, which marks the 100th anniversary of the landing at Gallipoli.

The match will start at 1.10pm local time (11.10am AEST), meaning it will coincide with the Anzac Day marches that take place in each capital city around Australia.

It will be the first of five matches to be played on Anzac Day next year, which falls on a Saturday, and comes with the agreement of the Victorian RSL after discussions with the AFL.

State President of the Victorian RSL, Major General David McLachlan AO, gave his organisation’s blessing on the proviso that the New Zealand match would be televised only on Fox Footy.

“Importantly the scheduling means that broadcasts of the matches on Anzac Day will not conflict with any live free to air televising of the capital city marches and other commemorative activities in the various states and territories,” he said.

The traditional Collingwood-Essendon clash will take place at the MCG that afternoon, with a twilight clash and two night games to follow. It will be the first quadruple-header in AFL history.

The full schedule for the historic day will be announced with the rest of the 2015 AFL fixture next Thursday.

The clash with the Blues will be the third home and away game hosted by the Saints in Wellington and their first against a fellow Victorian club.

It will also be the first Wellington game to be played during the day, which the Saints and the AFL hope will lead to a larger crowd at Westpac Stadium.

The inaugural clash in 2013 between the Saints and the Sydney Swans drew 22,546 and the match earlier this year with the Brisbane Lions attracted 13,409 fans.

“The first-ever matches for premiership points in New Zealand, away from Australian soil over the last two years, have built a strong following across the Tasman and we look forward to an excellent contest between two foundation clubs of the competition,” said Simon Lethlean, the AFL’s general manager of broadcasting, fixturing and major events.

“Anzac Day is a central point on the Australian calendar and the AFL is greatly appreciative of the RSL’s support for football being able to recognise and thank the contribution of our service women and service men through our history.”

The Wellington match will be Mick Malthouse’s 714th match as an AFL coach, equalling the League record held by Jock McHale. The Carlton coach will break the record the following week, with reports suggesting it will be at the MCG against Collingwood, the club of McHale and which Malthouse himself coached for 12 seasons (including the 2010 premiership). 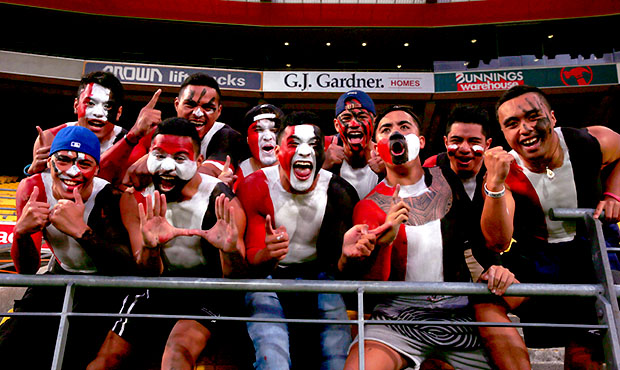