Senior Leagues: Round 2 Results, Round 3 Previews 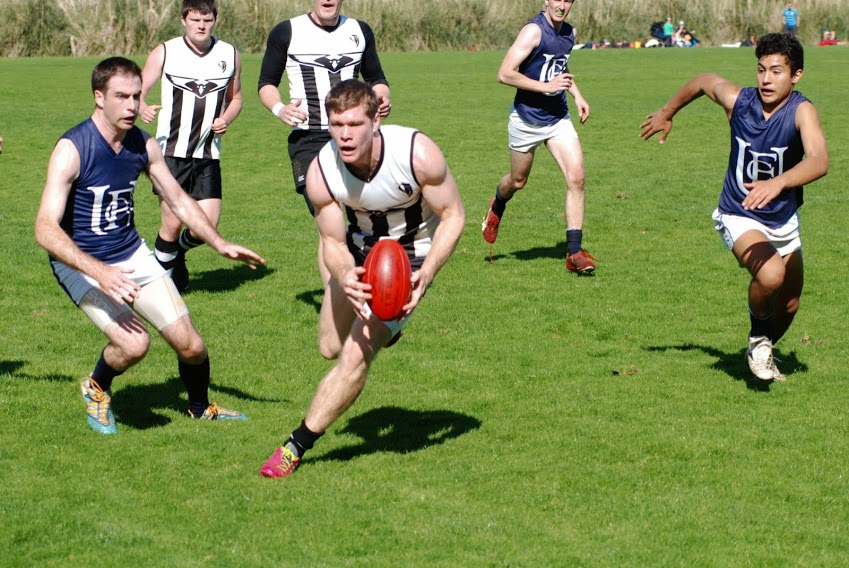 Round Two of the Auckland AFL and Canterbury AFL took place last weekend, with an exciting round of matches set to take place this weekend.

In Auckland, the North Shore Tigers registered their first win of the competition, beating the Pakuranga Panthers. The Panthers looked capable of an upset in the first half, however the superior fitness of the Tigers carried them through over the last two quarters. The final score was 14.11:95 – 6.10:46.

The Waitakere Magpies managed to secure a win against the University Blues, though it was far from convincing from the reigning Premiers. With a staggering tally of behinds, the Magpies had the opportunity to run up a huge score against the Blues. However, the final score saw the Blues not far off the pace, going down 4.8:32 – 7.17:59.

In the third game of the round, the Mt Roskill Saints scored a 2nd win, beating the Manurewa Raiders.

In Canterbury, the Ashburton Eagles went down to to Eastern Blues, a team with a strong contingent of High Performance players. Competitive in the first and fourth quarters, the Eagles let the game slip away in the middle. The final score was a win for the Blues, 15.19:109 – 10.6:66. Josh Robles again earned a mention as one of the best players on the day.

The 2014 NPC will be held in Wellington on December the 6th and 7th. More information here:

All photos by Scott Wilson.