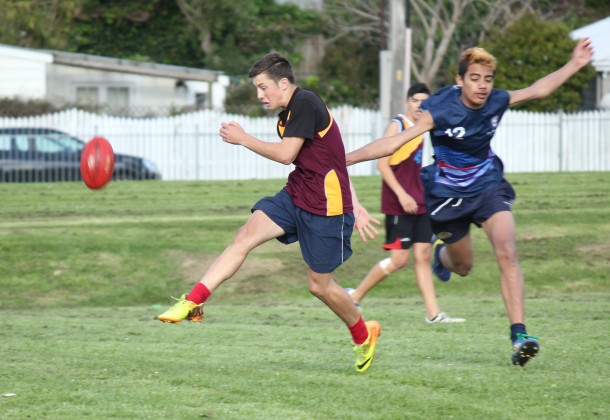 In a wind affected contest, St Paul’s overcame a half time deficit, growing in confidence over the 2nd half and kicking long goals accurately.

Western Springs were far from disgraced by the results, kicking goals in both contests and competing hard against bigger and more physical opposition.

The first match of the tournament saw St Paul’s take on Western Springs. At half time, only 4 points seperated the teams. However in the 2nd half St Paul’s pulled away, kicking 3 goals to 1 to record a 5.4:34 – 2.5:17 win. 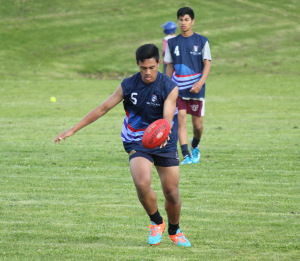 Daymon Abbey led from the front for St Paul’s, earning himself a Best and Fairest award for his team.

For One Tree Hill, the Best and Fairest winner was Eric Zachery.

One Tree Hill are the current North Island Champions of AFL, a title they will seek to defend this weekend at the North Island Junior Secondary School AFL Championships, to be held at the Trusts Arena on the 15th and 16 of November.

Schools competing in the top division of that tournament will include other cluster tournament winners Waitakere College, Southern Cross Campus, Northcote College and Kerikeri High School. Southern Cross are expected to be tough to beat, and will be looking to improve on their 2nd place finish at the North Island Champs last year.

St Pauls’ College were coached by the experienced teacher Joe Cunningham, who has been part of multiple Hawks Cup campaigns with his school.