Tigers roar in AAFL 9 a side competition 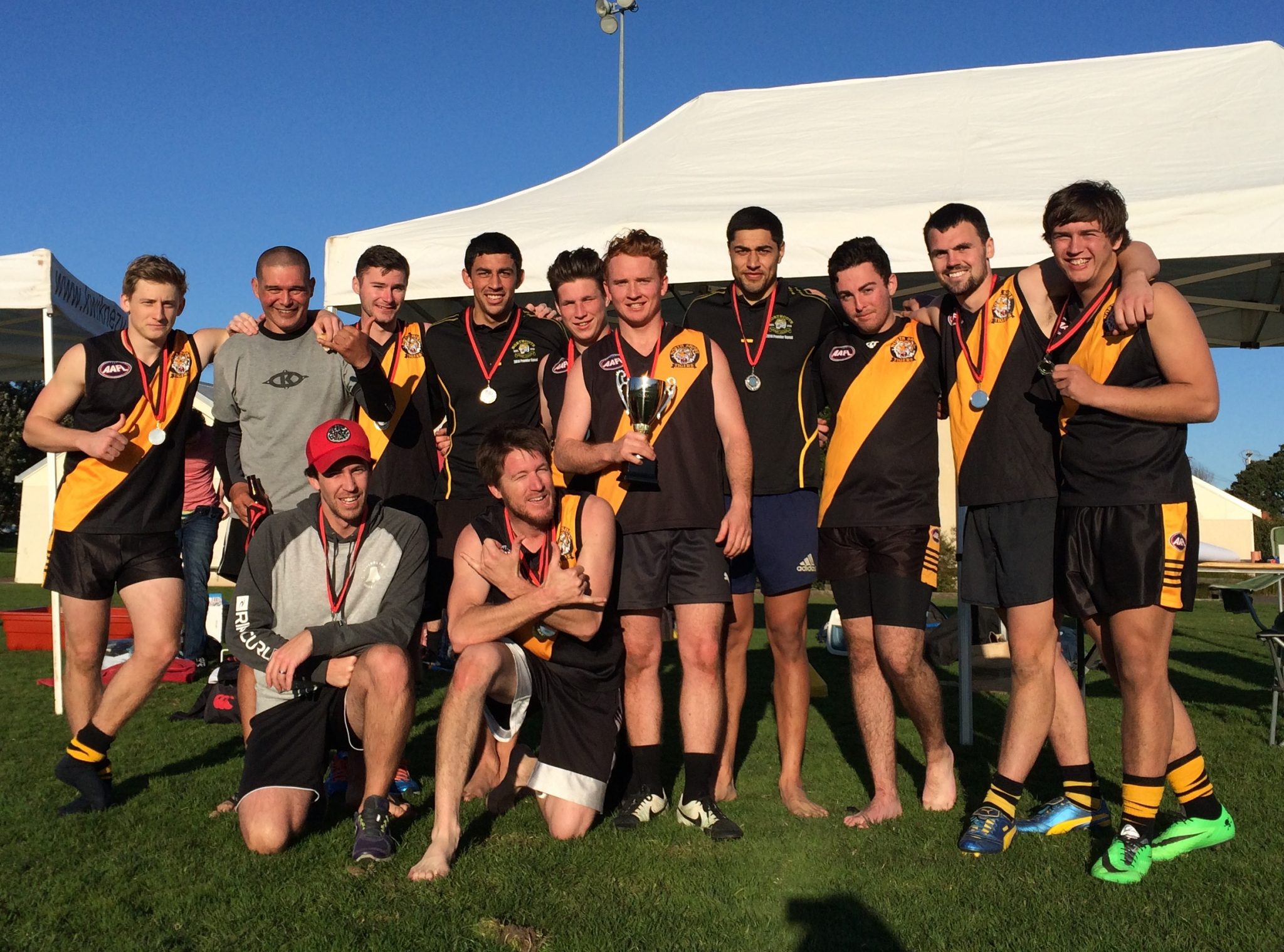 The North Shore Tigers have sent out a warning to the rest of the AAFL with a win in a pre-season 9 a side competition.

On a gloriously sunny day at War Memorial Park in Mt Roskill, 5 clubs plus a team from Northland played a series of quick matches, fine tuning their preparations for the upcoming AAFL season.

Tournament organiser Dwayne Cleugh was pleased with the turnout.

“We opened it up to all the clubs, and its great that Northland brought the boys down.”

The Tigers beat the Manurewa Raiders in the final, in what was a repeat of last year’s AAFL Division 2 final. In a close and exciting match, the Tigers came back from a half time deficit to win 5 goals to 4.

The rules were slightly modified to fit the circumstances, with behinds removed from the scoring system.

The two finalists from last year’s AAFL season, the Waitakere Magpies and the Mt Roskill Saints, finished in 5th equal place, after drawing their playoff match to avoid the wooden spoon.

A new team from Northland entered the competition, led by AFL New Zealand High Performance Manager Mick Coultard and featuring some of the best young players in the High Performance programme.

One such player, Te Rei Clark, was excited by the prospect of future involvement in the AAFL.

“Mick called me up a few weeks ago and asked if I wanted to play, and I was keen. Hopefully we can get a team together in the next few years to compete in the Auckland competition.”

In future there are hopes that the 9 a side pre-season competition can be expanded. Dwayne Cleugh explained who would be targeted for this expansion.

“There’s been interest in opening it up to women’s teams or Under 18s in the future.”

The Auckland AFL season will begin on the 31st of August and run until the 31st of November.

For new and returning players, information on club contact details can be found here.

AAFL 9 a side Competition Results