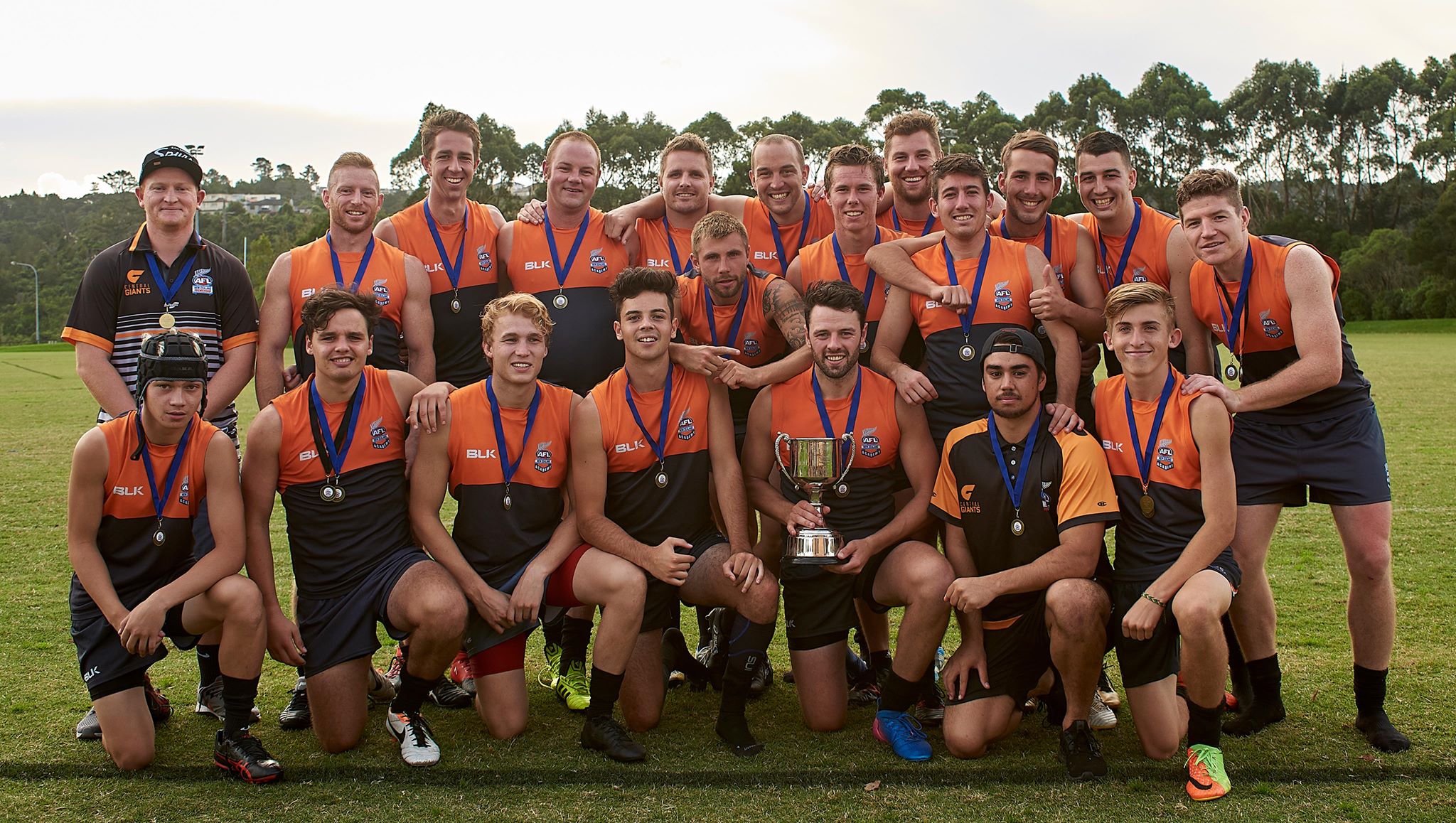 The Central Giants have officially become the 2018 AFL New Zealand Premiers after they finished the season on a high when they defeated the Northern Suns by 92 points at QBE Stadium.

In the first game of the day, the Southern Saints have produced a record breaking game as they stormed to a 121 point win over the Western Crows. Key forward Alex Fakatoumafi was dominant up front kicking 10 goals for the game.

The Southern Saints were looking for a victory over the Crows in hope of avoiding the wooden spoon for 2018 and they were off to a flyer from the opening bounce.

The Saints kicked the first five goals of the game with Alex Fakatoumafi and Patrick Gibbs slotting two goals each early on and giving the Saints a four goal buffer at quarter time.

With the Crows missing key midfielders of Shane Leat, Jay Johnson and Te Kopa Tipene-Thomas, they struggled to get clean centre clearances for most of the game and missed the experience of the New Zealand trio.

Fakatoumafi was at his best again in the second quarter kicking another two goals as the Saints blew the Crows off the park and extended their lead to nine goals at half time.

Not only were the forwards doing their job but Nico Donnell-Brown was having a blinder in defence as he and his fellow defenders only let in two goals for the half.

The onslaught continued in the second half as the Saints made a big statement heading into the 2019 season piling on eight final quarter goals to record the highest ever score (155 points) in the competition’s history.

Saints Full Forward Alex Fakatoumafi bettered his five goal haul he kicked against the Crows in Round 6 by kicking a record ten goals for the game.

Michael Boyce has been a rock all year for the Saints and the Captain delivered once again. Boyce moved up into the midfield and even managed two goals for himself.

2018 Premiership debutant Ryan White was awarded best on ground for the Crows after a solid game in the middle of the ground. His efforts were also acknowledged by the Coaching staff as he was awarded their Best and Fairest for the season. 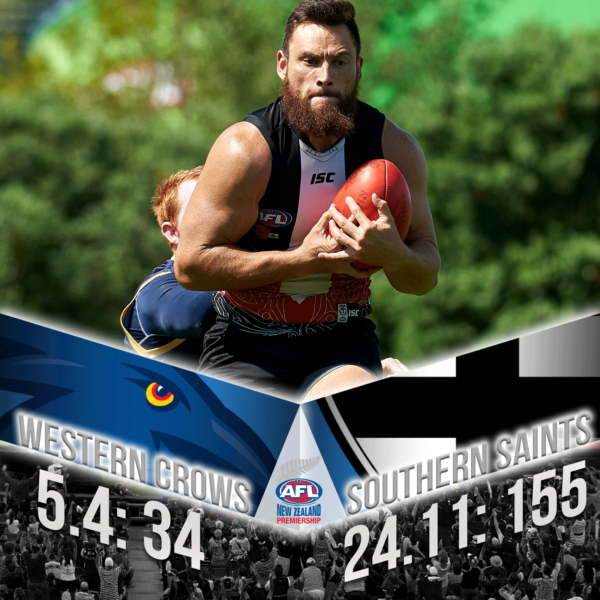 The Central Giants wrapped up the 2018 Premiership back in Round 7, but that wasn’t going to stop them finishing on a high following their loss to the Crows last week.

Captained by New Zealand forward Samuel McKenzie, the Giants won their last game of the season over the Northern Suns to finish on 32 points on the ladder (12 points ahead of second place, the Western Crows). The Giants only dropped one game over the course of the season with their consistent hard running and strong defence playing a big part in their victory.

2018 Golden Boot winner James McKenzie added to his tally of 26 goals by kicking three majors in the first half and finishing the game with five. His final tally of 31 goals for the 2018 competition now sees James hold the record most goals kicked in a Premiership season after passing the previous mark of 26 set in 2017.

In a close first half, the Suns kept in touching distance with the Giants and at half time, it was only four goals the difference.

The Giants defence stepped up a gear in the third quarter only conceding one goal. Nick Rhodes, Harision Manks and Tayne Lockwood each playing a pivotal role in the backline.

As they have done all season, the Giants kept the foot on the throttle as they kicked ten final quarter goals to increase the final margin to 92 points and cap off a brilliant 2018 AFL New Zealand Premiership.

James Dakin was superb in the middle of the ground. Playing in his debut season, Dakin has performed consistently throughout the season and will return in 2019 as a key midfielder.

Nick Rhodes was awarded the season’s Best and Fairest at the after match presentations and put on another stunning performance in defence as he has done all season.

Matthew Bennetts rounded out his two game trip to New Zealand with a best on ground performance in the midfield for the Suns. 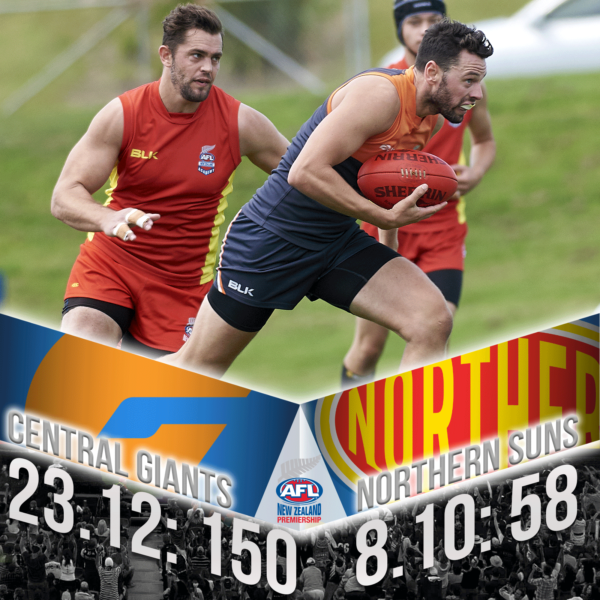 The focus now turns to high performance as the National sides come together in Wellington over ANZAC weekend to play their respective Australian counterparts. For more information click here.